Plastic is one of the most environmentally harmful substances we use in modern society. Many types of plastic are derived from natural gas, oil, coal and other depletable natural resources, putting a strain on finite materials. Production and delivery consumes even more energy. But the worst impact of plastic comes from its longevity; traditional plastic is not biodegradable, so plastic waste is difficult to get rid of. On top of that, a terrifying 91 percent of plastic created today is not recycled.

Thankfully, researchers are stepping up to solve this problem once and for all — and there are some promising new breakthroughs that might set us on a course to do it.

Many high-level solutions have been proposed to deal with the plastic problem, including eliminating plastics entirely. The problem is, we rely on plastics heavily. Plastic is extraordinarily versatile — strong, flexible and easy to produce. It’s in everything from product packaging to medical devices, so finding a single material to fill in for all its potential applications would likely be impossible.

Instead, researchers are working to find a way to make plastic less impactful to produce, easier to recycle or, possibly, biodegradable, so we can worry less about how much we’re throwing away.

These are some of the biggest scientific breakthroughs that are allowing us to advance our plastics:

It may be years or even decades before these and other advances make it onto the global scene, especially since most of them haven’t been tested in full-scale conditions. In the meantime, you can reduce our collective plastic impact by adjusting your own lifestyle. You can reuse your plastics regularly, and recycle them when you no longer need them. You can avoid buying plastics as much as possible, instead relying on more easily renewable materials. And you can support these new types of plastics when they start to emerge on the market.

The Rise of the Plastic Water Bottle

One of my biggest pet peeves is plastic water bottles. ...Audrey HolmesSeptember 7, 2017

How Mealworms Could Eat Away Plastic Waste

The plastic consumption culture in the United States is getting ...Chrystal JohnsonApril 12, 2017

Death in the Water: How Plastic Is Poisoning Our Oceans

We live in a society obsessed with convenience, and that ...Liz GreeneFebruary 17, 2017 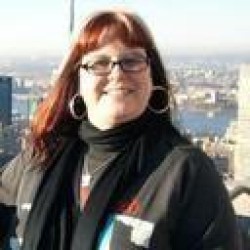 Jenna Cyprus
Jenna is a freelance writer and business consultant who covers business, technology and entrepreneurship. She's lectured for several universities and worked with more than 100 businesses over the course of the past 15 years. She's a mother of two kids, and loves to go camping, hiking and skiing with her family.