Ride-hailing from services like Uber and Lyft may be convenient for people looking to get from Point A to Point B — but they are not the ideal transportation solution. Turns out that these services are worse, in terms of carbon emissions and urban traffic congestion, than taxis or personally-owned vehicles, according to a report from the Union of Concerned Scientists (UCS), a nonprofit advocacy group.

Here are some highlights from their report, including what local travelers, ride-hail drivers, transit providers, and governments can do to minimize per-trip carbon-emissions impact.

Ride-hailing companies, according to the UCS report, “today result in an estimated 69 percent more climate pollution on average than the trips they displace.”

There are two main reasons for this:

“Transportation is the largest source of emissions in the United States, and the largest part of that comes from people driving,” says Jeremy I. Martin, director of Fuels Policy and senior scientist in the Union of Concerned Scientists’ Clean Transportation Program.

According to Martin, “The average person’s daily driving — 27 miles — is responsible for about 12 kilograms of carbon emissions. If you replace a 10-mile single passenger ride-hailing trip with a pooled ride, you can cut emissions by more than 2 kilograms. If you take a pooled ride to transit, you can cut emissions by almost 5 kilograms. And since transportation is the largest source of U.S. carbon emissions, these savings can add up.”

How much of that daily driving is from ride-hailing?

“If growth in ride-hailing emissions continues unchecked, it will make it very difficult for the state to meet its emissions reduction targets,” cautions MAPC in their July 2019 report on ride-hailing in Massachusetts.

What We Can Do

The “what can be done” options are in a range from readily doable by individual and group riders, to will-need-time-and-effort changes by drivers, providers, cities, and governments. Here’s a quick overview of UCS’s advice:

And it wouldn’t hurt to subsidize public transit — reduce or even eliminate fares — to encourage ridership.

To be fair, when done carbon-efficiently, UCS’ report acknowledges, ride-hailing can make eco-sense. And there will be occasions where ride-hailing — even if the ride is unshared and non-electric — is your best choice.

While UCS’s report focused on ride-hailing, the report notes, “many of its findings and recommendations apply to taxis as well.”

Navigating a city to get from point A to point ...Sarah LozanovaSeptember 13, 2019

This is the final article in a series of five ...Gemma AlexanderJune 1, 2020

Pet ownership is one of those ethically dubious behaviors from ...Jenna CyprusJune 1, 2020 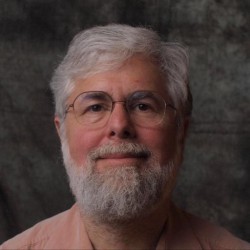 Daniel Dern
Freelance Writer at Trying Technology
Daniel P. Dern is a freelance technology and business writer, primarily about computer/Internet technology, including related environmental aspects of heat/cooling/power, manufacturing, and "end-of-life" recycling. His articles have appeared in the Boston Globe, Byte, ComputerWorld, IEEE Spectrum, and TechTarget. He also writes science fiction and kids stories (some are both), doing his best not to recycle plotlines.