Faithful Earth911 readers know it takes an awful lot to get me fired up about something. Well, get ready because I’m coming at you with guns blazing. It’s time to be an advocate for the bees. Yes, you heard that right: bees. Literally tens of thousands — and sometimes millions — of these little guys are dying at an alarming rate, and it’s time we did something to stop it.

Why Are Bees Important?

It may seem like a little thing for some bees to die although it should be noted that it is not just a handful of the buzzing insects that die at once. Last year, over 30 million bees fell from the sky one day in Elmwood, Canada. That is a horrifying number, especially when you take into consideration the fact that bees pollinate about 80 percent of the flowering crops grown in the United States. To put that figure another way, that is roughly a third of everything we eat. Berries, peppers, cucumbers, nuts and other crops suffer when bees die — these crops need the assistance of pollinators to multiply. Indirectly, the beef and dairy industries are also impacted by honeybee deaths; alfalfa, the main food source for cows, relies on pollinators like bees to grow.

So, What’s Killing Them?

We are no strangers to GMOs around here. You may have read Justin’s article on a “better” crop, and if you haven’t, I encourage you to go check it out. Companies like Syngenta, Bayer CropScience and Dow Agroscience make insecticides that contain neonicotinoids. GMO crop producing companies like Monsanto coat corn seed with neonicotinoid-laden pesticides. Then the corn is planted with air seeders. The poison is carried by the wind for miles and pollinators — the critters that help crops to grow, not the ones that destroy generations of corn — are the victims.

Honeybees, birds and butterflies are usually the first casualties of neonicotinoid pesticides, which seems counter-intuitive to me since these crops actually need the help of pollinators to continue to grow. It’s not just neonicotinoids that are taking the bees out; Roundup (manufactured by Monsanto) used commercially or even in our home flowerbeds and gardens kill off this integral part of the plant lifecycle. That has to stop.

Climate Change Is Also to Blame

Climate change is real; I don’t care what Washington’s latest political flavor of the week says on the campaign trail. It’s happening, and we’re to blame. We can talk all about the glaciers in Africa or the crazy cold temperatures in the southern part of the United States, but climate change affects each and every organism on the earth, including bees.

Scott Groom, a Ph.D. candidate at Flinders University, Australia, recently presented the world with a mathematical model of bee populations for the past 20,000 years. The model provides scientists with mathematical evidence that climate changes contribute to a decrease in the population of bees. When winters are colder, bees have a harder time surviving until spring, mainly because plants bloom later in the year. When summers are warmer, bees will migrate to cooler regions of the world. In a kind of manufactured natural selection, only the strongest of the bees will survive in the midst of such change.

What Can We Do?

In a light of the — if you’ll pardon the drama for a minute — massacres of honeybees throughout North America, every little bit helps. Make your yard a safe place for pollinators by using eco-friendly and natural pesticides. (Keep an eye out for chemical-free gardening tips coming soon.) Plant bulbs that bloom early in the year to give bees nectar and pollen needed for survival while other flowering plants may still be dormant.

Purchase plants from an organic plant supplier to ensure that they’re not coated with neonicotinoids or other toxic chemicals that simply don’t discriminate between beneficial and detrimental insects.

Buy local honey from reputable beekeepers whose priority is their bees’ health and well-being. This not only supports local efforts to maintain healthy bee colonies but purchasing and eating local honey may help to reduce your seasonal allergies (although I’ll admit the jury is still out on that one). Purchase organic fruits and vegetables from the grocery store, too. If we’re going to combat the big, bad GMO-growing farms, we need to support the little mom and pop farms first. Hit up the local farmer’s market or shop at the nearby natural grocery store in the cooler months.

Be sure to support foundations that are fighting for legislation that protects bees and prevents Colony Collapse Disorder — the technical name for “bees are dropping like flies.” Organizations like Bee Raw, the Pesticide Action Network, Center for Food Safety, Ceres Trust and many more work toward bee-friendly fertilizers, pesticide alternatives and organic growing. Get out and get involved in your community. The bees need us to speak up for them, and quite frankly, we need the bees just as much as they need us. 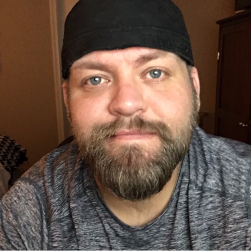 Annie Perkins
Dog lover, margarita enthusiast, and trivia night queen; Annie Perkins loves to share advice on living better. Her early experiences on hiking trails serve as a foundation for her love of the outdoors and the desire to keep nature intact. She writes her articles with an eye towards the inspirational, with a few laughs for good measure