When you think about moving toward a greener lifestyle, recycling often tops the list — and for good reason. However, there are many more ways to incorporate eco-friendly actions into your family life. Below are six easy, kid-friendly activities you may not have considered.

1. Switch to an eco-friendly toothbrush

Since dentists advise us to replace our toothbrushes every three months, using a green one seems like a sustainable no-brainer. Here are a few to choose from.

In our tech-addicted society, it’s refreshing to take a tech break once in a while. “Powering down” means spending a day without the television, computers, phones, etc. It’s a way of slowing life down while reconnecting with your loved ones and yourself.

A few summers ago, my neighborhood experienced a five-day blackout after a storm, and this unintentional “power down” ended up being quite enjoyable.

The silence was delicious; you don’t realize how much background noise is created by household appliances until the power goes out. Undistracted by electronic devices, my family played board games, read books, took long walks, and shared meals with our neighbors. We showered by candlelight and went to bed early, against a background of cricket song.

The lack of electrical power reduced our energy consumption, yet we felt more energized afterward. It inspired us to integrate regular “power down” days into our year.

3. Keep kids in their favorite clothes

If your child is like mine, he or she has a few favorite outfits they prefer to wear over and over and over again. And what’s wrong with that? Too many times an outfit goes into the hamper after just one wear even though it looks perfectly fine. Little kids don’t have body odor yet, so why waste time and energy doing more laundry?

Your washer and dryer (and your kids) will love you for it. Plus, less-frequent washing is one more way to extend the life of your clothes. In the same way that some people use the three-second rule for food dropped on the floor, why not enforce the three-day rule for clothing? Only toss it in the hamper after it’s been worn three times. As long as your child has clean underwear, you’re good.

4. Eat ice cream by the cone

At the store, bypass the “child-friendly” plastic or Styrofoam cups that add to the world’s landfills. Your kid probably wants the cone anyway! And at home, you can have fun making your own ice cream cones.

Extend this concept by buying and eating food with minimal packaging whenever possible. It means less stuff to wash and less material tossed into the trash bin.

5. Get creative with trash

This idea follows the cliché that children are often more interested in the box than what came inside it. This is still true for my daughter. Last weekend, Sofie entertained herself with a large furniture box that became everything from a slide to a coffin (don’t ask). She has repurposed cardboard boxes and scrap materials into forts, boats, houses, board games, and the Taj Mahal. Toilet paper rolls become clothing hampers for her dolls. Tissue boxes make great beds.

When packaging is a potential toy, waste is diverted from the landfills and young imaginations flourish.

6. Donate to a green cause

A few years ago I made it a family tradition to donate to Heifer International at Christmas. I wanted to instill in Sofie the idea of giving, not just receiving, during the holidays. It was a surprise for her to learn that some kids in the world live quite differently, struggling for food. Now she enjoys perusing the Heifer catalog each year and choosing an animal for a needy family.

There are tons of green organizations out there. Here’s a top-five list to get you started. Use Charity Navigator to view ratings on favorably reviewed charities or to find a charity geared toward your child’s specific interests.

Feature image: A young girl mails in her toothbrush for recycling. Photo: Donna DeForbes. Originally published on January 29, 2014, this article was updated in July 2020.

Crafts Made From Upcycled Food Packaging

Crafting with kids is a great way to get creative on lazy afternoons at home. By adding reused materials, you'll not only make your projects cheaper (read: free), but also teach kids the value of reuse and recycling.Mary MazzoniMay 19, 2020

5 Tips To Cultivate Happy Gardening With Your Children

Getting children excited about gardening is one of the easiest ...Sarah LozanovaMay 8, 2020

4 Clever Ways to Encourage Your Children to Recycle

As we all know, recycling is crucial when it comes ...Liz GreeneFebruary 27, 2020 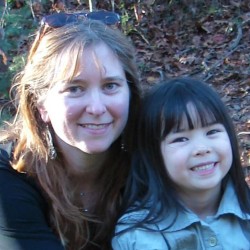