A 2010 Smarter City for energy, Columbus, Ohio has put together a plan to increase energy efficiency and reduce city government expenditures over the next 10 years. Photo: Flickr/Shih-Pei Chang

Though this year’s struggle for comprehensive energy and climate legislation failed to translate into a nationwide standard for GHG emission reduction, some American cities are – to their credit – taking the initiative on their own.

A project of the Natural Resources Defense Council (NRDC), Smarter Cities began to scope out in February of this year municipalities that spearhead the clean energy movement. The cities were recognized for their investment in green power as well as energy efficiency and conservation measures.

According to NRDC President and native New Yorker Frances Beinecke, the City’s PlaNYC 2030, in addition to its widely available public transportation system and local farmer’s markets, helped land her hometown on the Smarter Cities list.

But 2030 is also a pinnacle year for Columbus, Ohio, which set a deadline in 2007 for a 40 percent reduction in GHG emissions. The city is taking advantage of building retrofits and increased access to public transit and bike routes not only to lessen energy usage and pollution, but also to ensure that 10 percent of all commutes are performed car-less.

Columbus’ experience proves that sustainability pays off, which can only further incentivize green innovation: the city’s minimized energy costs have translated to an improved economy and quality of life for residents.

According to Paul McRandle, consulting senior editor for Smarter Cities, while all 22 cities communicated policies for reduced energy consumption, 17 have city-level reduction targets. In addition, the most common conservation tactics reported were energy audits, weatherization programs and energy-efficiency upgrades.

When asked what the most interesting sustainability innovations – unique to each responding city – disclosed were, McRandle noted three outstanding examples.

The team’s work, however, is far from over. They soon plan to tackle the transportation sector, which was deliberately left out this time around due to its very large hand in fossil fuel use.

“We thought we should treat transportation as its own sustainability factor,” McRandle said. “Our plan is to look at it next with the hopes of having our evaluation complete sometime in the fall of 2010.”

The Smarter Cities team contacted 655 cities in total, of which 61 responded. The cities were separated into three population categories of small (less than 100,000 people), medium (100,000-249,999 people) and large (more than 250,000 people), and were assessed based on their answers to a Municipal Energy Survey. 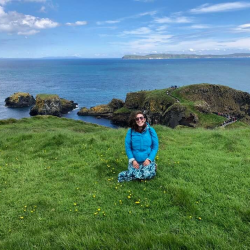