When people think about what they can do to help combat climate change, using fewer fossil fuels is probably the first thing that comes to mind. However, there is another everyday action that can make a difference: changing the way we eat.

The current food system is a major contributor to climate change. Animal agriculture accounts for 14.5 percent of all human-made greenhouse gas emissions, while food waste accounts for eight percent of those emissions. Together, they total nearly a quarter of all human-made greenhouse emissions, according to The United Nations Food and Agriculture Organization (FAO).

In order to combat this problem, the Earth Day Network (EDN) is launching Foodprints for the Future. The campaign encourages people to make food decisions that can have a positive impact on the planet.

The idea behind Foodprints for the Future is that consumers can make choices to reduce their carbon and water “foodprint,” just as they can make decisions that will reduce their overall environmental footprint. A foodprint measures the environmental impacts of growing, producing, transporting, and storing the food we eat — including natural resources consumed, pollution produced, and greenhouse gases emitted.

A primary goal of the campaign is to encourage people to eat more plant-based foods as an antidote to the resource-intensive animal agriculture system. Producing a single pound of beef, for example, requires around 1,800 gallons of water, according to EDN — and beef production is a leading cause of deforestation. Animal agriculture alone is responsible for around 80 percent of all agriculture greenhouse gas emissions.

Another major focus of the Foodprints for the Future campaign is food waste. Around 30 percent to 40 percent of the food supply in the U.S. is wasted each year — and when that wasted food is thrown into landfills, it generates methane. If food waste were a country, it would be the third-largest greenhouse gas emitter, according to the United Nations.

EDN aims to increase awareness about the impact of food choice on the environment and demonstrate different ways that individuals and institutions can change their foodprints. On its website, it offers practical tips for plant-based eating, such as reducing portion sizes when eating red meat, committing to eating meatless meals one day a week (Meatless Mondays), or signing up for a CSA to get fresh, local vegetables on a regular basis.

Fortunately, eating plant-based food is becoming easier as the market offers more choices. Large food providers such as Aramark and Sodexo are making efforts to offer more plant-based choices and reduce waste. And even fast-food giants such as McDonald’s and Burger King are offering more plant-based proteins. Plant-based food sales grew by 20 percent in the United States in 2018, according to the Plant-Based Food Association.

EDN is also creating a coalition with other organizations, including those in the animal welfare, environmental, health, racial, and social justice movements, in order to fight climate change together.

“Taking action to protect our planet must be done at every level. From government officials and business leaders in boardrooms, to communities and individuals, we can all do our part to help reduce carbon emissions and build a sustainable environment and food system,” said Kathleen Rogers, Earth Day Network president.

Learn how you can get involved with Foodprints for the Future to help make a change for the better.

Imagine being able to reduce food waste and your grocery ...Madeleine SomervilleSeptember 13, 2018

A few years ago, a report was released stating that ...Sarah LozanovaJune 10, 2016

5 Captivating Recycling Books for Kids 5 and Under

The idea of recycling or repurposing things comes naturally to young ...Sarah LozanovaSeptember 22, 2020 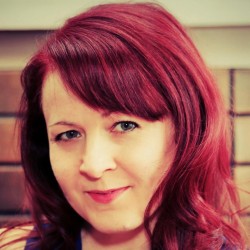 Jennifer Sokolowsky
Jennifer Sokolowsky writes about environmental, legal, and tech topics. She has an extensive international background in journalism and marketing, including work with The Seattle Times, The Prague Post, Microsoft, and Marriott.