In pre-interviews for last April’s Heart of Green Awards, Ted Danson joked with the staff of The Daily Green that he wanted to call his upcoming book Danson on Water. Well, the book has just arrived, though the final title is Oceana: Our Endangered Oceans and What We Can Do to Save Them.

At a recent press and VIP launch at the swank 21 Club in Manhattan, Danson explained that the book is really the culmination of more than two decades of his passionate activism for the oceans, a hopeful, digestible summary of everything he has learned from those on the frontlines of marine protection.

Earth911 was on hand to report Danson’s words, and to ask the actor a few questions about his work.

Ted Danson on why another book on the oceans:

“I wanted to help people know what’s going on. There are so many photos and amazing illustrations in it that if you are a person who learns visually, you almost don’t have to read the text, which is brilliant. In some ways, the book is a culmination of everything I’ve learned over the past 20 years. I’ve tried to use whatever celebrity I have for something good. I can use it to bring people to the tent, then bring them in and introduce them to people like Sylvia Earle, scientists I’ve met who are doing really important work to save the oceans. The book is also a living document, because it sends readers off to many places [like websites and activist groups].”

On whether Danson is optimistic or pessimistic:

“I’m a Pollyanna. I’m always hopeful. What’s going on is very scary stuff, but this book is not meant to scare. Each chapter ends with what we can do, it’s not a depressing book that makes us think, ‘why bother?’ My wife [actress and philanthropist Mary Steenburgen] suggests that what you should do before you read the book is go look at a sunset over the beach, have a great meal of fish, or do something else that gets you inspired. Then read it.”

On whether he carries a sustainable seafood guide:

“I don’t, but my tastes are simple [Danson has told the press that he mostly follows a vegan diet, though he occasionally eats sustainable fish.] Wild salmon is one of my favorites. Believe it or not, I love tilapia [which can be sustainably farmed]. The key is to stay away from bigger fish, which have been severely overfished, to the point that their numbers have dropped by 90 percent around the world, and which are also filled with toxic mercury. Also avoid farmed carnivorous fish, because we are grinding up tons of caught fish to feed them, and that is crazy. Vegetarian farmed fish like tilapia are OK.”

“Scientists say that we could totally fish out our oceans in our children’s lifetimes, ending up with jellyfish soup [also the name of one of the chapters in the book, plus jellyfish appear as subtle, ghostly outlines on the book’s jacket]. Since 1988, the world’s fish catch has been going down, despite advanced technology like airplane spotters, GPS and sensors. According to the UN’s Food and Agriculture Organization, 70 percent of the world’s fisheries are overfished.

“Why? Because we fish in a wasteful and destructive manner. There are two and a half times as many boats out there as there should be, with the industry subsidized by 25 percent by other countries. They use bottom-trawling nets so big you could fit a 747 in them, and they turn the seafloor into gravel. That’s destroying the nurseries where fish grow up. Thirty percent of the catch is wasted bycatch. Ocean acidification is also a serious problem, because the base of the food chain is finding it harder to make their shells. This is caused by all the carbon dioxide we are putting into the atmosphere.

“This isn’t just about ‘let’s save the fish.’ Fishing is a $80-100 billion annual industry, and is the main source of protein for millions of the world’s people. The good news is that fish do bound back when given a chance. We have seen this off Africa, where fish are abundant after Somali pirates scared off commercial boats, and we saw this during World War II, after fear of German U-boats.

“There is now a push within the World Trade Organization to block harmful fishing subsidies. We can also go country by country to solve this problem.”

On what people can do today:

"Oceans are so out of sight, out of mind. People say, 'come on, there's fish in the sea, the water looks gorgeous,'" says Danson. "But the threats are very real." Photo: Brian Clark Howard

“I would really encourage people to go to Oceana.org and become an e-activist. You get alerts on what’s happening, and you can take just five minutes to make a difference. When 60,000 e-activists recently wrote to Congress, they put 1 million square miles of ocean floor off limits to trawling.

“Educate yourself. Be brave. Order local, caught and fresh fish. Ninety percent of the world’s fishermen are artisanal, and catch 10 percent of the haul. We can return to doing things artisanally. Stop using plastic bags, and reduce the amount of plastic you use. Reduce your climate footprint.”

On whether ocean drilling will ever be safe:

“Clearly, we need oil, and that fight has been ongoing for a long time. But I think no, accidents happen. Yes, the industry has gotten better, but there’s always going to be human error and things that Mother Nature throws at you. We’re gonna run out of it, and we’re going to sink the planet if we keep pumping out so much carbon dioxide. China is investing $300 billion into alternative energy. We invented the technologies, but now the rest of the world is pioneering the new tech. While we keep insisting on the right to ‘drill baby drill,’ we’re soon going to have to buy the technology back from other countries. That’s crazy.

“I say no, you don’t get to drill offshore because you haven’t put a moon-shot like investment into renewables. Oil companies say, ‘renewables are a nice idea but they won’t work.’ That’s not true, and that’s not what the rest of the world is doing.”

“Oceans are so out of sight, out of mind. People say, ‘come on, there’s fish in the sea, the water looks gorgeous.’ But the threats are very real.”

You may also like…
Save 27,412 Gallons of Water This Year
How You Can Save the Oceans
Help Solve the Water Crisis 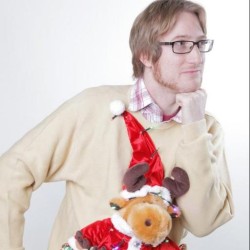