This year marks a decade since Ford Motor Co. started an aggressive recycling program to prevent waste from entering landfills. Dubbed the Core Recovery Program, the initiative covers the collection, refurbishing and reprocessing of parts from vehicles that Ford’s dealers across the United State have collected over time from car owners.

As is the case with its competitors, Ford has recycled and remanufactured various auto parts for decades. Metals including steel, in fact, are one reason why cars have a relatively high recycling rate at the end of their life cycles.

But in 2003, as the automobile industry became even more competitive, Ford’s managers saw the need to have a more aggressive and sophisticated recycling program. Moving beyond salvaging steel from its automobiles, Ford’s Core Recovery Program seeks to recycle or refurbish everything from tiny sensors to the engines from its large pickup trucks.

In addition, since car parts became more complicated and expensive in recent years, the different collection methods Ford had used reached the point where they became obsolete.

A few years ago, a damaged bumper or headlight would have automatically been ticketed for the dumpster and therefore the local landfill. But in addition to damaged parts such as fuel injectors and windshield wiper motors, those same bumpers and headlights are now gathered and either refurbished or instead dismantled and then recycled. Two years after they were added to Ford’s list, over 62,000 bumpers have been salvaged while 26,000 headlights were recycled.

Those parts are just a small part of Ford’s recycling initiative: the company estimates it has diverted 120 million pounds from landfills in the 9-plus years since the company launched what Mark Trombetta, manager of Ford’s Core Recovery Center network, calls a “one stop shopping process” to make recycling more seamless for everyone within the company’s operations.

The removal and recycling of headlights is just one example of how Ford’s car parts have changed. A generation ago, headlights were relatively simple: but now glass, plastic and the fasteners needed to allow those lamps to shine are joined by more expensive resins and new wiring systems. Furthermore, headlight systems are now often two feet wide and are an integral part of Ford’s vehicles and, hence, are more difficult to remove and recycle.

Ford continually harvests old bumpers as part of its newly evolved recycling program. The company collects the bumpers, which are five to six feet long, and sends them to a vendor where they are broken down into pellets. With each bumper weighing about 20 pounds, Ford can reduce the amount of virgin materials the company requires for new parts. In addition to bumpers, Ford also recycles underbody shields, battery trays and carpets.

Ford’s recycling program partnership with its dealers works like the bottle return systems of yesterday. Dealers pay a core charge on each new part they purchase from Ford to replace damaged ones. When a dealer returns the original damaged part to Ford, that same dealer then receives the core charge back as a refund. Meanwhile, a system of bar codes and scanners keeps tracks of the various Ford parts as they move across the U.S. Ford partners with several distributors across the country that act as clearinghouses for all of Ford’s damaged parts, large and small.

For Ford, not only does the company reduce waste and improve its environmental credentials, but the improvement in recycling efforts has proven to be a money generator. The program has grown so quickly in recent years that Ford has had to hire more workers and work them more hours in order to not fall behind. Recycling, once seen as an annoyance and cost center by automakers, is now emerging as part and parcel of car manufacturers’ strategy as raw materials become more expensive. 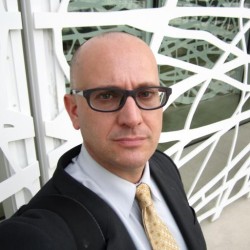 Leon Kaye
Reporter Leon Kaye has been featured in Grist, Triple Pundit, Huffington Post, and American Institute of Architects (AIA) Architect Magazine. He is also editor and founder of GreenGoPost.com.