How you could score a free cup o’ joe and other highlights from Starbucks new Corporate Social Responsibility Report.

Starbucks first started publishing its Corporate Social Responsibility (CSR) reports 10 years ago. Back then, according to Ben Packard, vice president of Global Responsibility, Starbucks was among just a handful of companies that reported such findings and goals. A lot has changed since then.

READ: When it Comes to Sustainability, Are Companies Really Listening?

Originally, the CSR reports were just of interest to certain stakeholders, and the documents could reach to more than 70 pages. These days interest in what a company like Starbucks is doing to make the world a better place has grown, and employees and customers – not to mention journalists – read the CSR reports. “Transparency is absolutely critical,” Packard said.

So what has Starbucks been up to? And, where does it have more work to do?

Behind the Scenes at Starbucks

According to the 2010 CSR report Starbucks energy use accounts for 80 percent of the company’s overall carbon footprint – keep in mind that doesn’t just include the stores, but the roasting plants and offices, too. This makes energy use, according to the company, “our greatest opportunity for improvement.” These improvements include LED lighting initiatives, purchasing renewable energy and reducing water. Water reduction doesn’t mean your grande latte will be smaller. Instead, during 2010 Starbucks has installed hand-meter facets to all company-owned stores conserving approximately 100 gallons of water per store per day.

Starbucks stores have also been incorporating many green building and design elements. That can mean anything from using reclaimed wood at the coffee bar to a completely LEED certified building. In 2010 six new or renovated company-owned stores achieve LEED certification in the United States and Canada.

As for the actual coffee growers? Starbucks works with coffee-growing communities to help them increase farmer loans and works with Conservation International to set social, economic, environmental and quality guidelines. The company’s goal is to ethically source all of its coffee by 2015. Currently 84 percent of Starbucks’ coffee is ethically sourced under C.A.F.E. practices.

We’ve been raising questions about recycling those ubiquitous green and white cups for a while. According to Packer, “Cup recycling is an absolute priority.” So, as we’ve asked before, “What’s the holdup?”

The limitations to recycling are commonly misunderstood you “can’t just put a container in from of a store,” Packard said. But, Packard added, Starbucks is “determined to address the issue and meet and exceed our customers expectations,” and to that end the company has held Cup Summits in Seattle and Boston where Starbucks officials have met with government officials, material suppliers, cup manufactures, recyclers, competitors, conservation groups and academic experts to work on finding a way to recycle those cups under the various laws and limitations that different municipalities have.

Through research, Packard said the company has discovered that the cup as it is currently made is, in fact, recyclable. Now it’s a matter of helping to drive “effective local policy” to get those cups recycled in different areas. The company has tested out a recycling pilot program in Manhattan and has introduced front-of-store recycling in San Francisco, Seattle and Toronto.

WBYOC (Bring Your Own Cup)

One way you can help keep Starbucks cups out of landfills is by bringing your own cup. Starbucks has set a goal of serving 25 percent of its beverages in reusable cups by 2015, although right now they only serve 1.8 percent. Packard admits that there is more work to be done in this area. One way they encourage customers is by offering a small financial incentive for using reusable cups.

Getting 10 cent off on your latte might seem like a small dent in your wallet, but if you hit your local Starbucks five times a week and fill up your own thermos or mug each time you can save about $26 a year.

“Last year, this simple shift in behavior kept nearly 1.45 million pounds of paper out of landfills,” according to the 2010 CSR report. On April 15 last year, ever customer who brought in his or her own cup received a free cup of coffee – 1.2 million people participated. This year, Starbucks will celebrate Earth Day on April with the same program, so don’t forget to BYOC! 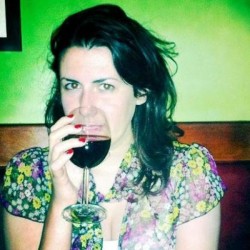