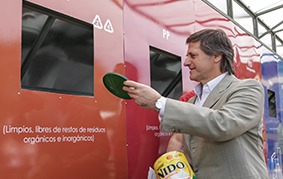 Coca-Cola Chile, Nestlé, PepsiCo, Walmart Chile and Unilever have signed on to support a new recycling network in the South American country Chile.

Nestlé plans to use this information to redesign its product packaging to reduce waste and improve the environmental performance of its products, the company said in a press release.

If you’re feeling a bit of déjà vu, that may be because Nestlé, Coca-Cola and Unilever recently teamed up on another environmental project.

Along with the World Wildlife Fund and five other founding companies, the brands formed the Bioplastic Feedstock Alliance, an organization dedicated to promoting the development of plant-based plastics.