Eco-Friendly Elixir: How to Save Water by Drinking Alcohol 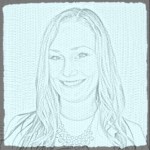 Okay, we’ll admit it, you can’t actually save water by drinking alcohol. After all, saving water by drinking alcohol is like cutting out sugars from your diet and then doubling down on pasta and bread — it’s a zero-sum exercise. But you can help reduce water consumption by purchasing alcohol from brands that employ eco-friendly manufacturing processes. And in doing so, you can help support sustainable production methods that benefit everyone.

It may not occur to you, but alcohol production has traditionally been a very water-intensive process. To make matters worse, much of the wastewater produced was all but unusable. With water demands continually rising, such practices simply aren’t tenable any longer. Alcohol producers are starting to take stock in the ways they can lessen their environmental impact.

Thankfully, these eco-friendly manufacturing efforts are starting to pay off, too. Eco-friendly elixir? You bet.

From Spirits and Wines…

Diageo is a global leader in the beverage industry, with more than 50 brands under its corporate umbrella, including Captain Morgan drinks, Crown Royal and Johnnie Walker. The company produces these beverages in more than 30 countries around the world, many of which are considered water-stressed locations. To ensure its operations are eco-friendly and sustainable, both on the local and global level, Diageo has set out to reduce its water consumption, water draw and production of wastewater by 50 percent, with a goal of achieving this reduction no later than 2020.

In an effort to achieve its goals and reduce the company’s environmental impact, Diageo also plans to reduce packaging by 15 percent, use 45 percent recycled materials, produce 100 percent recyclable packaging, and give back as much water in water-stressed environments as the company withdraws. All of which, in aggregate, will mean significant savings in the long run. How do we know that this is doable? Because other producers have already found success.

… to Beers and Brews

It isn’t just the production of spirits and wines that require vast quantities of water — it will likely surprise no one that beer does, too. This fact isn’t lost on the brewers, either. In 2008, one of the largest beverage companies in the world, SAB Miller, set a lofty goal for its beer companies: reduce total water consumption by 25 percent within seven years. Amazingly, not only did the company’s brewers achieve the goal, they did so in six years, not seven. Here’s how:

SAB Miller set out to make their production processes more efficient, with the ultimate goal of reducing water usage. It isn’t just the water within the product that brewers must consider (and with beer, the product is mostly water). They must also consider how much water will be used in cleaning the brewing vessels, as well as what amount will be lost to evaporation and steam during the heating and cooling processes. The water cycle for a beer extends in both directions from the actual final product — there is water usage during the production process, and wastewater that must be discarded afterward.

Saving Water Is the Future

Water is essential to all life. The benefits of reducing water consumption, particularly in water-stressed areas, are self-evident. Without water, man can’t live. Today’s brewers, distillers and producers are starting to take note of this fact and increasingly taking action to do their part. Companies like Diageo make it possible for individuals like you and me to enjoy an alcoholic beverage without having to worry about the risk such a drink poses to the environment.

So drink up, Earthlings!