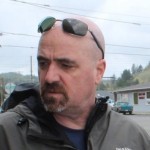 Planning a trip to Hawaii for your next vacation? You may have to plan a little more carefully. Hawaii governor David Ige just signed a bill banning the sale of sunscreens containing oxybenzone and octinoxate, which are used in more than 3,500 sunscreen products, including those of Hawaiian Tropic, Coppertone, and Banana Boat. Prescription sunscreens that contain those chemicals are still permitted.

The ban follows a 2015 study of coral reefs that concluded oxybenzone and octinoxate disrupt the growth cycle of juvenile corals and contribute to the decline and bleaching of reefs. Follow-up studies in 2017 in Hawaii’s Hanauma Bay found high concentrations of oxybenzone, an endocrine disruptor. Toxicologist Craig Downs, the study’s author, explained, “Anything above basically 50 nanograms per liter of seawater of oxybenzone can induce toxicity in a variety of marine organisms.” Downs found concentrations in the bay of nearly 29,000 nanongrams per liter. “That affects coral, algae, sea urchins, algae eaters, all of them. That’s why there’s less fish.”

Who Opposes This Law

The law is controversial and encountered opposition from two primary groups: manufacturers who question the scientific evidence and argue the ocean dilutes the concentration of any oxybenzone washed off bathers to an insignificant level, and doctors who fear that banning these sunscreens will lead to an uptick in skin cancer.

A variety of sunscreens without oxybenzone are available, and with the passage of this law, more will be coming. The bill gives manufacturers until July 2021 to offer products without oxybenzone; after that date, they will be banned from stores in Hawaii.

Vic Bondi is the president and an owner of Earth Media Partners, LLC, publisher of Earth911. He has a long history of working in the tech industry and web publishing and plays a little music on the side.