Millennial Politics: Is Climate Change the Most Important Issue? 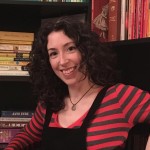 Some might classify millennials as the generation of high expectations. They expect to make a lot of money. They expect to create successful relationships for themselves. And, they expect their politicians to make climate change a priority, especially if anyone expects millennials to continue to populate the planet.

Will Millennials Be Responsible for a Population Bust?

Millennials (people born between 1981 and 1996) are in the child-bearing time of their lives, but many are pushing pause on conceiving — and it’s due in large part to climate change. In Britain, an organization called BirthStrike is comprised of women and men who have vowed not to have children until something is done about climate change and collapse.

In the U.S., Conceivable Future is a network for “reproductive justice” and touts the same beliefs. The Tylt.com, a social polling and opinion platform for millennials, found that 35 percent of respondents believe it is unethical to have a child in the era of climate change. This generation wants hard facts and solid proof that something is going to shift environmentally before they make the important choice to bring more life into a disintegrating world.

Political Pushes for the Good of the Earth

Although millennials have been identified as indifferent to politics and often disconnected (though they are certainly wired), they do have opinions about what’s wrong with the world. Unfortunately, they trend toward voicing their opinion through civic activism and volunteering — instead of casting a vote at the polls.

Young congresspeople like Representative Alexandria Ocasio-Cortez — popular among her fellow millennials — may be inspiring a shift in that mentality. Her proposed stimulus program, the Green New Deal, is intended in part to address climate change. Her efforts have gone beyond joining marches to demanding change through government policy. Ocasio-Cortez’s election to Congress may be changing millennials’ ideas of what it means to really make a difference when it comes to climate change. Could her efforts and millennials’ opinions of this young politician change what happens in the upcoming presidential election? Maybe.

Presidential candidate Jay Inslee has made climate change his cause, and another presidential aspirant, Beto O’Rourke, calls climate change “our greatest threat.” These messages are intended to resonate with the millennial generation and affect how votes are cast come 2020 — that is, of course, if millennials get out and vote.

On March 15, 2019, more than 1.4 million young people in over 120 countries and 300 cities skipped school and took part in #climatestrike, demanding stronger climate policies in a massive environmental protest.

The future is now, however, for millennials, who are of an age when they can do something about the climate change policies — namely, vote for the politicians who will buoy their hopes straight to effective legislation. Politicians are no doubt mining millennial opinions, which are enthusiastically shared online through sites like The Tylt.

According to survey data from The Tylt, millennials and Gen Z (born after 1996) have strong beliefs and some of them are making moves to invoke change, at least in themselves:

For a so-called lazy generation, it seems the fear of climate change and the desire to prevent it has created the motivation for millennials to do their part and contribute as little as possible to the Earth’s demise. If 60 percent of millennials have switched to a zero-waste lifestyle, that takes some serious planning and dedication.

A New York article interviewed millennials about why they didn’t vote. One said she didn’t want to vote for someone who might end up being the “wrong” someone. Another said he missed the deadline to vote because mailing things “gives me anxiety.” Others had difficulty with absentee ballots, felt like politicians were trying to appeal to older voters and not them, didn’t realize how important it is to vote, and some are just looking for that exciting person to give them hope.