Long Root Ale might look like any other can of craft beer, but its contents could have a huge impact on what you eat and drink in the future — as well as the environment. That’s because the new brew from Hopworks Urban Brewery in Portland contains 15 percent Kernza, a perennial grain. Unlike its annual grain cousin wheat, Kernza thrives without tilling and reseeding, greatly reducing erosion.

But erosion isn’t the only concern. Tilling to weed crops also results in a significant loss of soil carbon, nutrient leakage and changes in soil structure, according to the Land Institute, the Kansas-based nonprofit that developed Kernza. While some farmers have reduced erosion by replacing tilling with chemical herbicides, they haven’t been able to address these other issues, and since most crops worldwide are annual, the effects of tilling and chemical herbicides present a significant threat to our farmlands.

Perennial crops, on the other hand, can help restore soil biodiversity and improve soil structure as they continue to grow year after year. They need less water since their roots grow deeper, and because they don’t require annual tilling, they retain more carbon, arguably mitigating the effects of climate change. Kernza, which is in the early stages of commercialization, is the first perennial grain to make its way into the food system and onto the menus of a handful of restaurants.

Few members of the public at large have ever sampled anything containing Kernza, though, or were even aware of it until Patagonia Provisions, the culinary division of apparel retailer Patagonia, decided to partner with Hopworks Urban Brewery to make a Kernza beer. The result is Long Root Ale, named for the grain’s long root, which can extend more than 10 feet beneath the top soil.

It took some work to get the mix just right, but Hopworks founder and brewmaster Christian Ettinger finally settled on a blend of 15 percent Kernza; organic two-row barley; organic yeast; and a blend of Mosaic, Crystal and Chinook hops. The Kernza comes through as a spicy note alongside a hint of grapefruit and balanced maltiness.

“Kernza adds great flavors to this delicious pale ale,” Ettinger said in a press release on the beer.

Ettinger added that the use of Kernza in Long Root Ale opens the door to new possibilities when it comes to the future grains Hopworks uses to brew. “As organic brewers, we are really excited about the grain-to-glass model, and Long Root Ale is just that,” he said.

The Future of Beer

Based on the success of Long Root Ale, Patagonia Provisions hopes to take Kernza beer to the next level by partnering with a larger brewery in addition to Hopworks. The more commercial demand, the more farmers will turn to Kernza and perennial agriculture, the company reasons, and even if only a small percentage of farmers begin growing Kernza, the impact could be significant.

Long Root Ale is available in 16-ounce cans at Whole Food Markets and other retailers in California, Oregon and Washington, as well as on draft at both Hopworks locations and the Miir Flagship Store in Seattle.

Want to read more about beer? 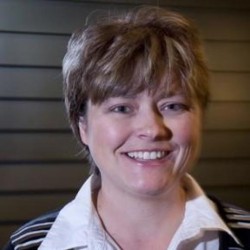 Teresa Bitler
When she moved to an unincorporated area that didn’t recycle, freelance writer Teresa Bitler implemented her own home recycling program. She lives on the outskirts of Phoenix, near the San Tan Mountains.