Fatbergs: A Sewer Menace You Might Be Helping Create 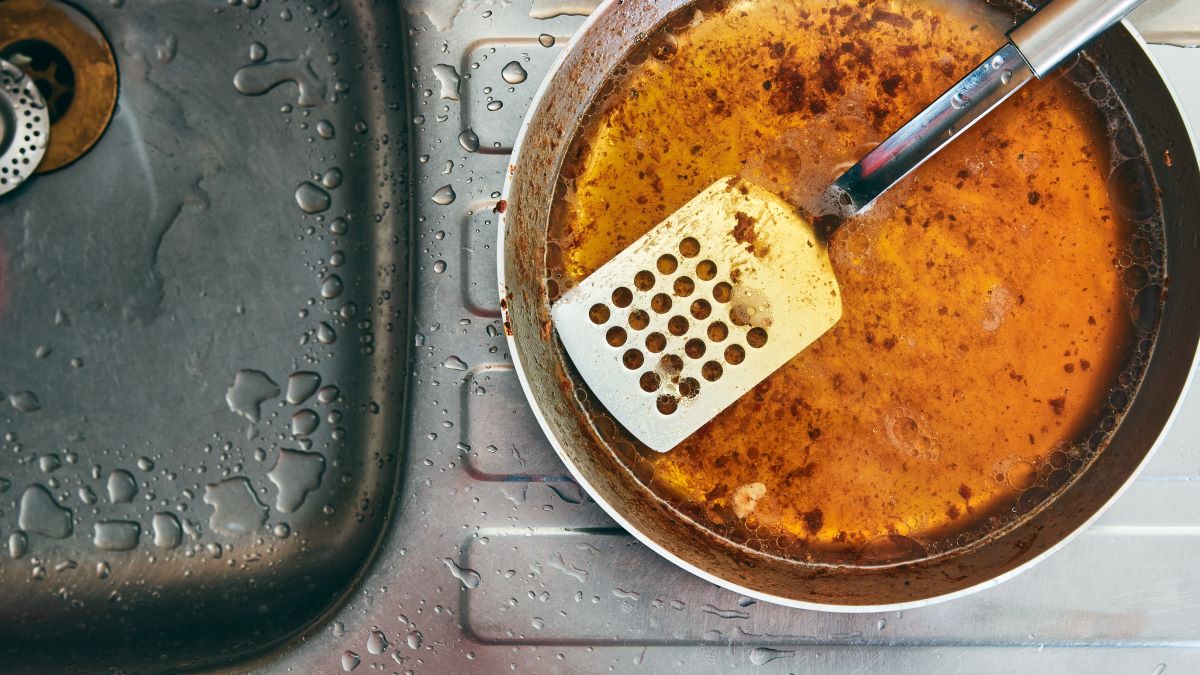 My mom’s words rang in my ears: “Don’t pour grease down the drain!”

But I was in college and had no idea what else to do with the bacon grease. It was only like a tablespoon, I rationalized, so down the drain it went with some hot water.

Wait, what’s a fatberg, you ask? In simple terms, it’s a huge hunk of oil, grease, and fat all stuck together that floats around in your city sewer.

How Fatbergs Are Formed

While it may not seem like a big deal for you to pour a little oil or grease down the drain from time to time, it becomes a major issue when everyone else in your city is doing the same thing.

When that oil or grease goes down the drain, it begins to combine with all the other oil and grease floating around in the sewer. When it all meets with so-called “flushable” wet wipes (and flushed tampons and other period products), a lethal bond is formed. Wet wipes, according to researchers, are a bit of a magnet for oil and grease. As more and more oil and grease accumulate, these blobs can become quite large.

As scientists have studied these fatbergs, they’ve discovered one reason they can grow so large is the calcium in the concrete-lined sewers. The calcium combined with the oil and grease becomes soaplike in texture and sticks to the sides of the sewer.

What starts as a small buildup can cause big problems. In 2013, toilets began to overflow for some residents in London. The cause? A 15-ton fatberg that had nearly sealed off the sewer. In 2017, an even larger fatberg was discovered in Belfast. This one was composed of a couple of hundred tons of fat, oil, and grease (combined with wipes, tampons, and other products we shouldn’t flush down the toilet).

The removal of these fatbergs from city sewers can cost an astounding amount. According to New York’s 2017 “State of the Sewers” report, New York City spent $18 million over five years removing fatbergs. The problem has only increased with the pandemic as more people improperly flushed wipes — as well as disposable masks and latex gloves — down toilets.

Fatbergs have been a bigger issue in some European countries than in the United States due to various regulations. U.S. restaurants are required to have grease traps and have to dispose of their used oil in a specific way. This greatly reduces the amount of oil being sent into our sewer system.

There are, however, a few simple steps you can take to do your part in fighting off these fatbergs. First and foremost, only flush waste and toilet paper down the toilet. Disposable wipes and feminine hygiene products should go in the garbage.

Of equal importance, never pour oil, grease, or fats down the drain. Instead, collect your oil and grease until you have a fair amount you’d like to recycle. Here’s what we recommend doing: