What Americans Can Learn from Singapore’s High Recycling Rates 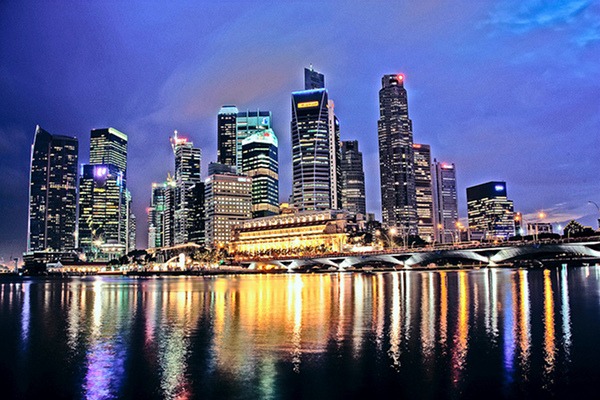 So, how does the Southeast Asian nation achieve such high diversion rates? A new study (downloadable as a PDF) from the Ministry of the Environment and Water Resources that examines household recycling trends may shed some light on what’s behind the country’s consistently high recycling rates — and what America can learn from Singapore.

Conducted from August 2012 to January 2013, the study includes a nationwide survey of 2,500 respondents and five focus group discussions of 10 participants each.

According to the results, 95 percent of survey respondents said that they recycled. The top five recycled materials were newspapers, old clothing, magazines, plastic bags and plastic drink bottles, findings show.

While the majority of respondents used the country’s Karung Guni recycling collection program, recycling bins or door-to-door collection of recycling bags to divert their waste, a sizable percentage opted for reuse instead.

More than 17 percent of respondents said they reuse recyclables or give them to others for reuse before tossing them in the blue bin — meaning that the nation’s recycling rate may actually be deceptively low when you factor reuse into the equation.

While a desire to help the planet is undoubtedly involved in high recycling participation (a whopping 64 percent of respondents said they recycled to help the environment), convenience and awareness also play a key role.

Nearly 65 percent of surveyed residents said they knew where the nearest recycling bin was located from their home. They agreed (54.4 percent) or strongly agreed (15.4 percent) that these bins were in convenient locations for them.

Respondents also showed strong awareness when it comes to what materials can be recycled. While only 68 percent of residents said they knew they could recycle Tetra Paks — the lowest figure on the list — more than 80 percent said they knew where to recycle other materials, indicating that Singaporeans are highly familiar with what is accepted by their local programs.

In the U.S., recycling availability varies greatly depending on location, and new items are added to communities’ “accepted” lists almost every year — meaning many Americans are not aware of what can be recycled in their neighborhood.

Lack of access to curbside programs is another key reason why many Americans don’t recycle, but luckily curbside recycling is on the rise. There were more than 9,800 curbside programs (PDF) in the U.S. in 2011, compared with 8,875 in 2002.

So, will increased awareness and an uptick in curbside bring the U.S. closer to Singapore’s diversion numbers? Only time will tell, but there’s surely a lot to learn from the tiny nation’s waste-diversion example.