Edible Water Blobs: All You Ever Wanted to Know 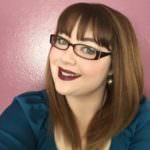 Despite serious efforts by environmentalists to promote the use of alternatives, consumers have been reluctant to give up single-use plastic water bottles. In the U.S. alone, 38 billion water bottles end up in landfills or the ocean per year. Not only is this plastic problem poisoning our environment, it’s also burning through precious nonrenewable resources.

Enter Rodrigo García González, Pierre Paslier and Guillaume Couche, co-founders of London-based startup Skipping Rocks Lab. For the past few years, these innovators have been working on an interesting solution to the plastic bottle dilemma: water encased inside an edible container. The “Ooho,” as it’s been dubbed, is a completely biodegradable, edible water blob — and it may just be the future of portable water.

The Ooho orb consists of water surrounded by a jelly-like membrane made of brown algae and calcium chloride. The squishy but strong gel-like container decomposes after four to six weeks if not consumed. The inventors say this sustainable packaging alternative can hold any kind of liquid, including soft drinks, liquor and even cosmetics. What’s more, the packaging is cheaper than plastic, costing less than 2 cents to produce.

To make an Ooho, a blob of water is frozen and immersed in a calcium chloride solution — this is what forms the gelatinous layer around the liquid. Then, the ball is bathed in brown algae extract to create a second, reinforcing layer. Branding can be applied by putting an edible label between the two layers of the membrane. Edible, hygienic and 100 percent biodegradable, the gel membrane has no taste — though the designers say flavors can be added.

There are two ways to drink from an Ooho. You can either tear a hole and pour it into your mouth or consume it whole. If you’d prefer not to eat the casing, you can dispose of it guilt-free. It’s far more environmentally responsible than single-use plastic water bottles. If you need to carry a large amount of water, smaller spheres can be bundled together inside a larger sphere — kind of like the cells in a pomegranate.

What Are the Potential Downsides?

Unfortunately, there are still a few issues that need to be resolved before the Ooho can completely triumph over plastic bottles. Transportation appears to be one of the biggest challenges — as it stands, the balls cannot be transported or carried around for long periods of time without bursting or becoming dirty.

From a consumer standpoint, people with have to grow accustomed to the texture of the gelatinous covering, as well as become adept in breaking the Ooho without splashing water all over themselves. Finally, although smaller spheres can be encased inside a larger sphere as a way to ferry large amounts of water around, it’s still not as convenient as a plastic bottle.

The Future of Ooho

In early April, Skipping Rocks Lab turned to a crowdfunding website, Crowdcube, in an attempt to raise funds for operations expansion. It took only three days for the company to raise double their target goal — more than $1 million (850,000 pounds). They intend to use half the funds to develop their machinery, and the other half to further research the material and get the orbs on store shelves sooner.

The market the company is most interested in currently is that of marathon runners, who can benefit from the easy access to water and dispose of the balls mid-race without worrying about the impact on the environment. To spread the word, the orbs are being sold at pop-up shops around the U.K. and offered as samples at marathons and music festivals. However, the Ooho could have much wider, more humanitarian uses, such as being shipped to areas recovering from natural disasters or an infrastructure collapse, such as Flint, Mich.

Whatever Skipping Rock Labs decides to do, it’s almost a surety that they’ll have the general public’s support. As personal accountability and concern over pollution grows, more and more consumers are acknowledging their role in social and environmental issues. A recent survey found that 81 percent of buyers are willing to consume or purchase fewer products to preserve natural resources — and companies are finally starting to take notice. From 2006 to 2012, companies affirming that sustainability played a key role in their corporate operations jumped 24 percent.

Fortunately for all of us, Skipping Rocks Labs is just one of the many sustainable companies making its way to the forefront of the business world, giving us hope that we might see a future free of plastic bottles.