If you are like many Americans, you probably aren’t quite sure what to do with that junk drawer full of old electronic goods (e-waste) that you don’t use anymore.  This is a common problem. Out of the 3.4 million tons that the EPA estimated we generated in 2011, only 25 percent of that was actually recycled. So what happened to the other 75 percent? It ended up in incinerators and landfills.

When e-waste goes into landfills, it puts our waterways, soil and air at risk because a lot of our consumer electronics such as TVs, phones and computers contain toxic materials or harmful chemicals like mercury, lead, or other heavy metals. But used electronics also have a lot of inherent value that we don’t realize. What may surprise many is that more than 70 percent of collected small electronics can be recycled, recovering items such as plastic, steel, aluminum, copper, gold, silver and other precious metals that can be given a second life – either refurbished or taken apart for parts to be used in new products.

Can you hear me now?

This electronics recycling conundrum is not a simple one. It’s caused by a combination of complex issues – a lack of a strong national e-recycling infrastructure and low public awareness of what can be recycled and how.

Plus, most electronics – despite many innovations in “greener” electronic options in recent years – are still not typically designed to be recycled in the first place.

We have a long way to go on improving the beginning of electronics’ life cycle; the lowest hanging fruit today is on the back end.

There is also an elephant in the room: Americans’ insatiable desire for the latest electronic gadget – even if the one we have still works perfectly fine. This exponentially growing demand for consumer electronics is putting more electronics out into the market that we can keep up with, and it’s why electronics are the largest growing recyclable material in the U.S.

The e-waste phenomenon is relatively new but is only predicted to grow. Decisions made today will affect our environment in the future. Image Credit – Tukaram Karve/Shutterstock

Several companies have caught on that there is value in recovering, recycling, or refurbishing and reselling electronic parts. Each year, the EPA recognizes a select few of the Sustainable Materials Management (SMM) Electronics Challenge participants with the Electronics Challenge Tier Award, lauded for advancing the responsible management of used electronics through third-party certified recycling. The 2015 Tier Award winners included Best Buy, Dell, LG Electronics USA, Samsung Electronics, Sony Electronics, Sprint and Staples. Dell and Samsung received the additional prestigious honor of the SMM Champion Award, for those who demonstrate the highest level of vision, coalition-building, and execution of programs and policies related to responsible used electronics management.

Best Buy started its e-waste Trade-In program back in 2009, offering to collect cell phones, computers, TVs and large appliances at its retail stores in exchange for a Best Buy gift card. Best Buy recycles the items responsibly for the consumer, or refurbishes and resells the item or its parts. By 2014, the company reached its initial target to collect 1 billion pounds of electronic waste and large appliances, and is now working toward 2 billion pounds of e-waste collection by 2020.

Dell’s Reconnect recycling initiative is not consumer-facing like the other companies mentioned here, but it is a notable example of a “closed loop” program. In partnership with Goodwill who helps them to collect e-waste, Dell recovers plastics to make new computers via Wistron, Dell’s manufacturing partner. This contributes to Dell’s target of using 50 million pounds of recycled content and other sustainable materials in its products by 2020, having already reached 11 million pounds of closed loop plastics use in displays and OptiPlex desktops as of 2014.

LG Electronics USA’s Recycling Program offers free takeback at authorized drop off sites. If a customer would prefer to use their mail-back program, they can fill out a form and receive a free prepaid shipping label. LG only uses recycling vendors that are audited to the requirements of ISO 14001, R2 and the e-Stewards Standard. As of 2014, the company had recycled more than 48 million pounds of electronics.

Samsung’s Recycling Direct program gives customers an online prepaid cell phone return option to be able to ship their old phone back to Samsung at no cost. They also designed the Galaxy S6 with a recylability rate of 99.9 percent. As of January 2016, Samsung has recycled nearly 585 million pounds of electronics.

Sony’s Takeback Program allows customers to drop off Sony products at designated collection centers free of charge. When the program started in 2007, Sony was the first to establish a recycling collaboration between a major electronics manufacturer and a national waste management company. Today, if a customer buys a new TV from a Sony store asks for in-home premium delivery, the company will take the old TV away at no charge.

Sprint collected 6.3 million used mobile devices from its customers in 2014, half of which came from its Buyback Program, established in 2001. Through the program, which 4 out of 10 customers in Sprint retail stores use, customers can get up to a $300 account credit by mailing in their old phone or bringing it into a designated retail location. Sprint and its other wireless device recycling initiatives have recovered over 50 million devices to date.

Staples’ Technology Trade-In program provides incentives to customers who bring in used electronics by offering Staples eCash card in exchange. Even if the item doesn’t have monetary value, Staples will still recycle it free of charge.

Most cities also provide electronic recycling pick up or drop off within their residential solid waste programs. But if your city is behind the eight ball on e-waste and doesn’t have an e-cycle program, do a quick recycle search for other retailers or independent recycling businesses near you. You’ll also was to check out our How to Recycle Small Electronics guide for more tips on how to keep your e-waste out of the landfill. 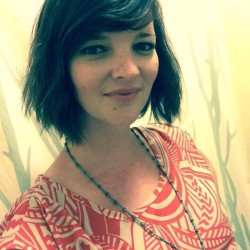 Lesley Lammers
Lesley Lammers is a freelance sustainability consultant and journalist, focused on the intersection between the environment, food, social impact, human rights, health and entrepreneurship.