Tired Of Spending Your Money On Gas? Get A Chevy Volt 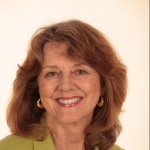 No matter how much or how little gas costs, buying it is pretty much the same as burning money. Plus, no matter what gas costs, using it still has the same environmental impact: every gallon of gasoline burned generates about 20 pounds of carbon dioxide (CO2), one of the main causes of climate change.

No wonder a car like the new 2016 Chevy Volt has so much appeal. The Volt is what is called a “plug-in hybrid.” It is designed to travel primarily on an electric battery that can be charged and re-charged simply by plugging it into a standard 120-volt outlet, like the kind you have in your house or garage. Using its battery power alone, the Volt can cover 50 miles before it needs to be recharged. Most people drive an average of 40 miles round trip per day, including to work and on trips to the store or taking the kids to after-school activities. Conceivably, you could drive back and forth to work every day, get the groceries, stop at the hardware store and the cleaners, and drop off and pick up the kids after school, and not use a drop of gasoline.

If you did, what would it cost you? If you currently drive a vehicle that gets around 25 mpg, you’d need two gallons of gasoline to make the rounds described above. At today’s gas prices of about $2/gallon, the trip would cost you $4 in fuel, or $20 for the week. If you make the same trip on electricity, it would cost you around $1 a charge, or $5 for the week. Over a year, you’d spend $1,040 on gasoline vs. $260 on electricity. In other words, you would save almost $800 a year by driving an electric vehicle.

GM projects that Volt drivers will be able to make 90% of their total trips using only the electric battery. But what if you have to go more than 50 miles in a day, or at a time? Lest you have “range anxiety” about getting stranded, the Volt also has two gasoline-powered motor generators that kick in when the battery charge has been used up. Those “range extenders” are also highly fuel efficient, averaging 41 mpg. General Motors, the makers of the Volt, claim that the total gas/electric range of the Volt is over 400 miles, which is the equivalent of what many gasoline-only cars achieve.

I had a chance to preview the 2016 Volt at the North American International Auto Show in Detroit. I test drove the original Volt way back when it launched in 2010, so I was eager to see how the new and improved 2016 model compared.

In addition to extending the range and power of the original model, the new Volt seems to have more of what I call “get up and go” and what the engineers in the industry call “torque.” The car seats four adults comfortably, though there is a small middle seat in the back for a third child or an extra adult passenger. The car also offers optional 4g LTE Wi-Fi, though I’m more interested in the Volt’s new safety features:

Chevy’s marketing materials presently state that the Volt will be available for purchase Fall 2015. The sticker price is expected to be around $30,000, more or less (the average price of all U.S. vehicles is $32,000). Volt buyers in many states can offset the car’s cost with rebates that vary from state to state, and a federal tax credit that will depend on how much tax the driver pays. For example, in Maryland, where I live, my state rebate would be around $1,500. Federal tax credits can amount to as much as $7,500. You can read more about the Volt on the GM site.

Diane MacEachern is a best-selling author, award-winning entrepreneur and mother of two with a Master of Science degree in Natural Resources and the Environment. Glamour magazine calls her an “eco hero” and she recently won the “Image of the Future Prize” from the World Communications Forum, but she’d rather tell you about the passive solar house she helped design and build way back when most people thought “green” was the color a building was painted, not how it was built. She founded biggreenpurse.com because she’s passionate about inspiring consumers to shift their spending to greener products and services to protect themselves and their families while using their marketplace clout to get companies to clean up their act.