What You Need To Know About Renewable Energy 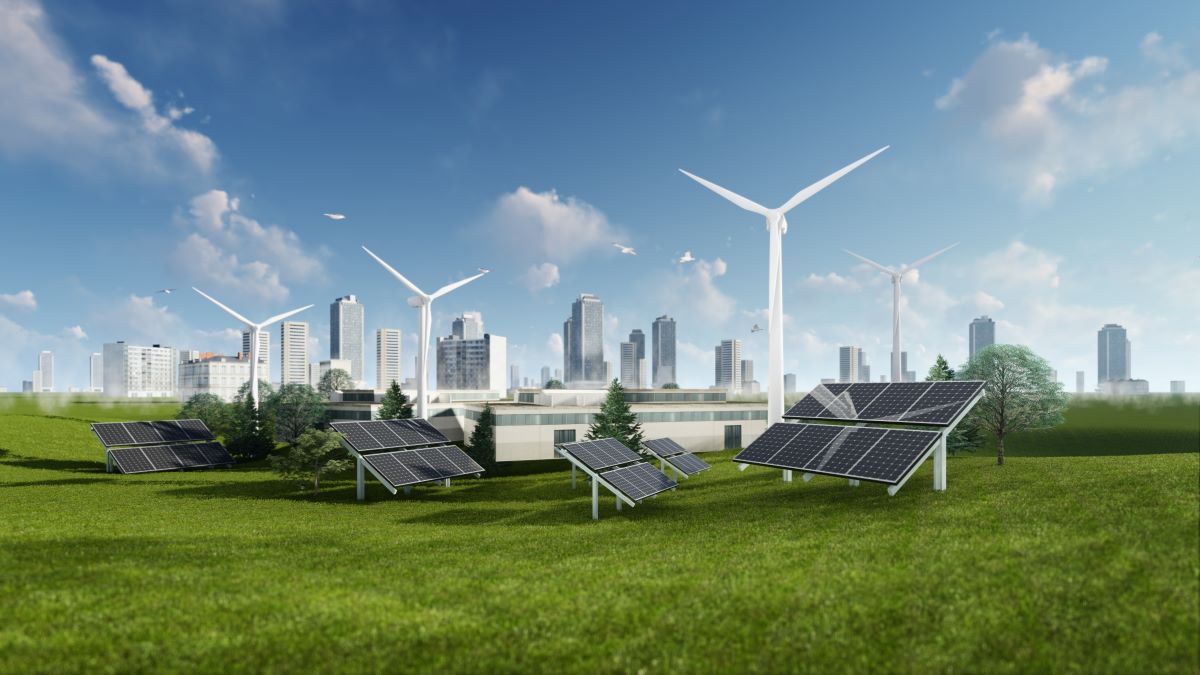 This article is the second in a six-part series that explores how we get our electricity and what we need to know about how renewable — and non-renewable — electric power is generated.

After a century of growth — and destruction — powered by fossil fuels, most of us realize that we need to wean ourselves off this limited and polluting energy source. Despite the politicization of the issue, the energy industry is grudgingly recognizing that fossil fuels are not only environmentally unsustainable but economically unsustainable. With that realization, we are slowly shifting toward cleaner, renewable sources.

Renewable energy is generated from sources that naturally replenish themselves, like the sun and wind. The percentage of U.S. electricity generated by the most widely used renewable energy sources in 2021 was:

In 2021, these and other renewable energy sources provided about 12% of the United States’ total energy consumption. It may not seem like very much, but this is the most renewable electric generation since the 1910s, when most homes were heated with wood. Biomass is renewable, but it may not be sustainable. Geothermal energy comes from the heat that is produced in the core of the earth.

For years, hydropower was the largest source of renewable energy in the U.S., but fast-growing wind energy now tops the list. We’ll look at hydroelectricity separately in a later article. In this article, we’ll look at how we get electricity from the sustainable, renewable sources of wind and solar.

Wind generates electricity by turning the blades of a turbine, which spins magnets, generating voltage in a coil of wire. Wind power is one of the fastest-growing energy industries in America, having more than tripled in the past decade, finally surpassing hydropower for electricity generation in 2019.

Wind power evokes images of individual windmills on isolated farms. Distributed wind systems like this do exist. But wind became America’s largest renewable electricity source thanks to larger utility-scale and offshore wind farms. Utility-scale and offshore wind farms generate from 100 kilowatts to several megawatts of electricity that is distributed through the utility grid as a part of the overall power mix. Offshore wind farms are located in open water where larger turbines can be used to produce even more power. In some states (perhaps ironically including oil-rich Texas and Oklahoma) more than 20% of electricity is provided by wind.

A zero-impact energy source has yet to be discovered. But wind power is among the greenest options because it is truly renewable and nonpolluting. Relative to other power sources, wind farms have a much smaller footprint, and even much of the land they do take up remains covered in vegetation.

The biggest environmental concern about wind farms is the impact on wildlife, particularly birds and bats. Attempts to quantify those impacts are complicated. Turbine technology, as well as siting requirements, have changed rapidly, meaning that the impact will vary with each installation. Estimates indicate that wind farms kill orders of magnitude fewer birds in North America than domesticated cats do. And the scale is even more skewed when compared to the damage to bird populations due to climate change from other energy sources.

That said, the localized impact from wind turbines is significant and could result in the destruction of specific bird or bat populations. The industry has made progress in making wind farms safer, designing safer turbines and bird avoidance systems. In many places, siting standards have been improved to avoid significant wildlife populations. The U.S. Department of Energy funds research through the Wind Energy Technologies Office to better understand and mitigate the negative impacts of wind power.

Solar installations have grown 35% in the last decade, cutting the cost of solar panels almost in half. Photovoltaic cells in solar panels contain semiconductor silicon, which converts the energy in sunlight into direct current (DC) energy. Inverters change the DC current into alternating current (AC), which is used in the home or fed into batteries or the larger electrical grid. Solar panels can form distributed energy systems (either off-grid or connected to it), community solar farms, or utility-scale solar installations.

Operating solar panels do not produce pollutants. Large solar farms do have a development footprint, but it may be less than other land uses. Solar farms may use fresh water for washing and cooling the panels, which can be in scarce supply in areas best suited to solar power. Depending on the system, this use is estimated to be between 20 gallons per megawatt hour and 650 gallons per megawatt-hour. However, this is compared to an estimated 12 million gallons of water per hour for some coal plants. (Thermoelectric power plants consume more water than any other use in the U.S.)

The most significant environmental concern caused by solar energy is the manufacturing of photovoltaic cells and batteries, which requires a number of toxic chemicals. Unfortunately, the solar industry is no less opaque than other energy sectors when it comes to evaluating how well they are managing their waste. With a life span of roughly 25 years, there is not yet enough volume in exhausted solar panels to support robust recycling programs, but about 80% of the materials in used panels is recyclable. The industry must address these environmental issues before solar can claim to be completely sustainable. However, when compared with conventional energy sources, solar is still one of the greenest energy sources available.

If you have suitable wind or solar conditions, converting your home to renewable energy is the most sustainable choice. However, few of us have both the natural and economic resources for a distributed electricity system. Fortunately, many of us do have the option to participate in community renewable programs like the ones offered by Pacific Gas and Electric Company or Puget Sound Energy. Contact your local utility provider to find out if a similar program is available where you live.

No matter what energy source you use, the most sustainable choice is to use less of it. If you aren’t sure where you could improve, start with a home energy audit and prioritize changes based on the results. Many local utility companies also have efficiency programs to help customers reduce their energy use.

Read part 3 of this series, What You Need To Know About Hydropower

Originally published on December 30, 2019, this article was updated in October 2022.