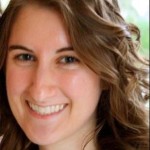 Its a bike! Its an electric car! No! It’s an AIRPod – the world’s first compressed air powered car!

The AIRPod is another contender out to compete with gasoline powered cars. Compressed air is used to power the vehicle.  A tank stores the compressed air that feeds the air to move pistons which in turn operate the crankshaft.  The AIRPod has only 3 wheels and uses joysticks instead of a steering wheel to operate the car.

This invention was created by the MDI Group, and they originate from the south of France. India based car manufacturer Tata Motors has shown interest in the AIRPod, and are planning to launch it soon in India.  U.S. licensee Zero Pollution Motors (ZPM) will reportedly launch the AIRPod in the states in the second half of 2015.

Sold on this invention? The manufacturer is currently taking reservations with a $1,000 USD deposit toward the full cost of around $8,000 USD. ‘Topping off the tank’ with compressed air is estimated to cost 3.60 euros, or $4.11 US dollars. Not too shabby for a tanks’ worth of ‘go’.

It is similar to an electric car in that there are no emissions at the source of the vehicle.  The main possible source of emissions for the AIRPod comes from the manner in which the electricity is produced that is used to compress the air.  However, if the electricity comes from a renewable energy source such as solar or wind power, the emissions would of course be much lower.

It may not look as slick as some of the cool electric cars out there, but the AIRPod is a giant leap forward in the emerging compressed air powered car market.

Could you see yourself in an AIRPod? Express your opinion below on this new technology!

Victoria (Tori) Wilson currently works at her home state's EPA. She graduated from the University of Dayton with a degree in Chemical Engineering and a minor in Environmental Engineering. Tori’s favorite activities include volleyball, 3D puzzles, reading, journaling, trying out new plant based whole food dish ideas, coloring, watching comedy or action movies, and hiking. She just welcomed a new puppy into her life as well!