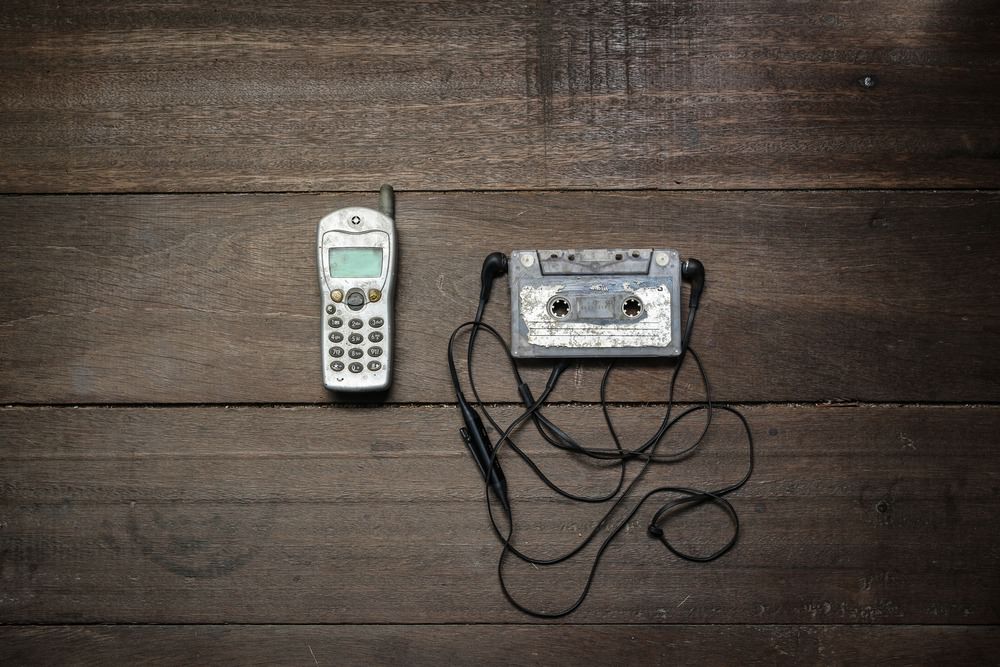 Take a minute and think about how much technology you have had throughout your lifetime. Now think about having all of that in your hands at one time. Where did all those pieces go after you were done with them? Just what happens to electronic waste, or e-waste? I went on a personal journey of discovery.

E-waste represents 2 percent of America’s waste, but it equals 70 percent of overall toxic waste. Although the quantity is small, the effects are so much greater. When the components break down, they release the chemicals inside them, mostly notably lead. Worst of all, those emissions leak into the ground and contaminate the groundwater, which can make its way back into your home.

Our electronic trash is especially depressing, mostly because the average person isn’t going to think of a way to upcycle the “trash” or use it around the house in their daily life. When I get my iPhone upgrade, I throw my old phone in a drawer and spend way too much time customizing my new phone.

For so long, I never considered where those old phones, in that old technology drawer, go. Who cares, right? I mean, it’s only a couple of phones. It’s not going to hurt anyone. But now that I know how much of an impact each one of my phones creates on this planet, I try to recycle or properly dispose of everything I buy. I’ve realized how much personal responsibility there is when it comes to the afterlife of all my products.

But there are things I have kept around the house because I think I’ll need them one day. I have come to realize I will literally never need that iPhone 4 charger or that iPod shuffle I won that one time at a party I don’t remember.

The items I was most curious about were:

First things first. The old phones were very easy to recycle or sell. There are multiple companies online that will pay you for your old phone; the most notable is Gazelle. I will be honest, though; all of my old phones were old phones. Like, OLD. None of my phones were worth anything. But they still will properly recycle them for you, if you’re open to that method. Besides online cell phone sites, you can always check Craigslist or any community website to see if someone can use your old phone. I know a lot of new parents love old phones for the games for their kids.

As for all my old technology, the Apple store nearest to me doesn’t accept any old items. They do, however, refurbish “newer” old items for very cheap, which makes them easier to sell (or keep for yourself). They refurbished my old 2007 Macbook for free and it looks as new as when I bought it.

Since the manufacturer wouldn’t take my tech items, I turned to the Earth911 Recycle Search and struck gold. It directed me to Best Buy, which I probably wouldn’t have thought of otherwise.

As it turns out, Best Buy has an amazing e-waste recycling program. The location nearest me even has a curbside pickup, which is definitely awesome for bigger items. I dropped off two printers and a bag of all the old stuff I found around the house. They took everything, and I didn’t have to do anything in return. I love that they take anything and make sure everything is properly taken care of. It’s such a weight off my shoulders to just swing by and drop off some stuff and know I won’t be contributing to any waste.

Where Electronics Go After Being Recycled

After properly recycling my old electronics, I got to thinking — now what? What actually happens to those electronics? First, everything needs to be sorted into the types of materials that the devices are made of: plastic, metal and computer chips (rare earth). The plastic goes into a giant shredder and is oftentimes shipped to China to be melted down and made into new electronic parts.

Although this is a very circular and seemingly positive process, plastics can only be melted down and recycled so many times. I am always happy to see recycling options, but I wish there was a way to have a more sustainable option — but we’ll get there.

Most frequently, the metal components stay here in the United States to be melted down into metal byproducts for the construction industry.

The most recycled and least sustainable components in e-waste are the rare earth materials. During the recycling process, computer chips and the rare metals inside them are first sorted out, then taken apart and sold back to technology companies to use in future products. It’s not necessarily that the “rare earth” is that rare, but the amount we have on this planet at the moment won’t last us if we keep using it up this quickly. I’m glad the scientists have discovered we need to recycle all these elements as much as we can; it’s definitely better to start early.

It’s important to remember that we only have one planet, and even though hybrid cars are amazing, those batteries are made somewhere and always end up somewhere. What really needs to happen is the solar-powered car from Honey, I Shrunk the Kids — could you imagine? Until then, I will do my part in disposing of all my own phones and other old technology in the best and most eco-friendly way possible.