The Problems With Glow Sticks 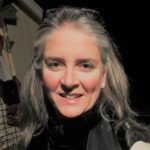 Initially designed for military and civil security use for emergency lighting, glow sticks have applications as varied as camping lights and night-fishing lures. Yet, you’ll most often see them dangling from the wrists of 7-year-olds at birthday parties or brandished on nightclub dance floors. They’ve become almost synonymous with celebrations like Independence Day, Halloween, and music festivals. But after the celebration, what do you do with these plastic wands? Are glow sticks recyclable or reusable? And how can you dispose of them when they stop glowing?

As celebratory as they are, glow sticks pose multiple problems for the environment:

There’s no question that we use a lot of glow sticks. Take a look around after a parade or a concert. You’ll see thousands strewn about the ground. The glowing wands are enormously popular. Amazon lists more than 20,000 different products under the category “glow sticks.” Party packs come with hundreds of flexible glow sticks that revelers can fashion into glowing necklaces, bracelets, headbands, and more.

These disposable plastic tubes are single-use plastics — they can only be used once. While they vary on how long their chemical glow lasts, when it stops, they become waste. But concerns about plastic waste don’t seem to be affecting their popularity; a report from Fact.MR projects that glow sticks will only increase in popularity during the next decade.

Glow sticks use several chemicals to create their trademark glow. One, dibutyl phthalate (DBP), is banned in Europe for use in cosmetics. The EPA put DBP under a risk assessment to evaluate health concerns. Specifically, the EPA is looking into DBP’s effects on reproductive and developmental health.

Glow sticks are often labeled nontoxic, but consumers need to be wary of this claim. The term nontoxic has no formal definition, according to the Federal Trade Commission. In other words, a product can be labeled as nontoxic, but nobody is being held to account for making the claim.

Despite DBP being under an EPA assessment, the North Carolina Poison Control Center states that glow sticks are low in toxicity. They say if you ingest it, not to be “alarmed if lips and tongue glow for a few minutes.” You can be the judge on that one.

How Should I Dispose of My Glow Sticks?

There aren’t a lot of great options for safe disposal. The chemicals used in glow sticks contaminate the plastic so it’s not recyclable. Worse, the chemicals can leak into soil and water once they are disposed of.

Some sources advise placing spent glow sticks in plastic bags or bottles before tossing them in the trash. Have you ever seen what happens to trash once it’s picked up? Or watched a video of trash being added to the landfill? It’s hard to imagine that disposable glow sticks survive the bulldozer intact.

To prevent the chemicals in traditional glow sticks from entering the environment, we recommend treating them as household hazardous waste (HHW). Find an HHW drop-off location near you where you can dispose of these items safely.

Are There “Green” Options?

Again, a word of caution about over-generalized terms that have no regulatory muscle behind them. “Green” and “environmentally friendly” are two terms commonly used by marketers who are greenwashing the environmental safety of their product.

That being said, there are slightly better alternatives to single-use chemiluminescent glow sticks.

There are glow sticks that use LEDs (light-emitting diodes) instead of chemicals for their light source. There are quite a few, judging by Amazon’s listing of 10,000 products under that search.

This Life-Gear’s reusable glow stick use LR44 button batteries that last up to 200 hours. That’s a far cry from the disposable sticks that last less than a day. You can replace the batteries to reuse the product over and over. Batteries are e-waste and need to be disposed of properly.

UVPaqlite’s photoluminescent glow sticks use large strontium aluminate crystals. Similar to glow-in-the-dark stars that kids stick on their walls, their glow sticks absorb ambient light and glow for up to 10 hours. Though they only come in one color, UVPaqlite’s version can be recharged indefinitely.

Bioluminescence is the ability of living creatures to create their own light. One company, Nyoka, is using bioluminescence as the inspiration for its alternative to glow sticks. It has engineered a dissolvable powder that glows when added to water. Currently sold out on pre-order, Nyoka’s light wands are reusable with supplemental bioluminescent charges.

These light wands aren’t a scalable — or affordable — option at this point. Nyoka sold them for $100 on its Kickstarter campaign but the company is still fairly new. It’s possible that, with each new phase of development, the price will come down.

To Glow or Not To Glow?

What’s an eco-minded person to do when it comes to glow sticks? As with so many other products, the best choice for the planet is simply refusing to buy them. But do those of us who care always have to deny ourselves the fun stuff?

Maybe we need a little balance. Maybe we don’t say no to all that glows. Maybe we just need a lot more people to join us. Consider this quote from zero-waste chef Anne-Marie Bonneau, “We don’t need a handful of people doing zero waste perfectly. We need millions of people doing it imperfectly.”

One piece of advice: If you must buy a glow stick, you owe it to the planet to take the time to dispose of it responsibly.