Meet the 7-Year-Old Who Started a Recycling Company 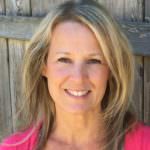 If you haven’t already heard of Ryan Hickman and his recycling company, it’s time to get this 7-year-old on your radar. His environmental journey all began a few years ago, when young Ryan visited a local recycling facility with his father. He was instantly hooked, and a passion for recycling was sparked in the pint-sized go-getter. With the help of his family, Ryan started a recycling company in San Juan Capistrano, Calif., and thus Ryan’s Recycling Company was born.

This mini environmentalist started collecting recyclables from neighbors, family and friends at the age of 3 — well, 3 and a half, to be precise. To date, Ryan’s Recycling Company has kept around 200,000 bottles and cans out of local landfills.

Here are just some of the Ryan’s Recycling Company highlights over the years: And then a couple of weeks ago, The Ellen DeGeneres Show aired an episode with this young entrepreneur. It’s an adorable segment, so grab some tissues (I know I’m not the only one who’ll tear up!) and take a look.

How Can You Help Ryan’s Recycling Company?

If you live in Orange County, Calif., you can schedule Ryan’s Recycling Company to pick up recyclables (bottles and cans) from your home or office.

If you don’t live in Orange Country, you can purchase a Ryan’s Recycling Company T-shirt and help the Pacific Marine Mammal Center.

If you have any questions about where and what you can recycle in your area, visit our Recycling Search (it’s so easy, a 7-year-old could use it!).