Depression: It’s No Walk in the Park 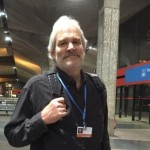 Life would be a sad place without the Blues. That feeling of occasional melancholy, the ups and downs in life, bring with it some of our most sublime moments of expression. It adds color and dimension to our lives. We all have occasion to sing the Blues.

Depression is different. It’s a cold, gray, one-dimensional place that leaves those it afflicts without hope, without purpose and often without any apparent way out. The most severe cases lead to suicide.

For many of the 350 million people across the globe diagnosed with some degree of clinical depression, the treatment begins with antidepressants and perhaps counseling or cognitive behavioral therapy.

Depression & sadness in the modern world

There are plenty of stats, and they’re all a little – depressing.

Confusing depression with simply feeling sad is common. Is there a fine line between healthy sadness and dysfunctional hopelessness? What turns the Blues into depression?

Theories have evolved over the years on the nature of depression.

In ancient times the disease was thought of as an imbalance in the humors, or what was thought of as the four basic bodily fluids. Hippocrates defined melancholia – ancient Greek for “black bile” – as a specific, if rather broadly defined, disease characterized as “fears and despondencies, if they last a long time.”

Medicine has progressed since the time of Hippocrates. Our understanding of melancholia — depression — is more refined and specific, but treatment remains hindered by the stigma associated with mental disorders. In today’s culture depression is still often considered a sign of uncontrolled emotion or weakness, especially for men. It takes work and acceptance to pin down.

If a disease gives us a rash, we see a doctor who determines the cause and prescribes the cure. Depression manifests itself as a kaleidoscope of personal experience, making the diagnosis and cure more elusive. But it is very much real, just like any rash, and a growing problem.

What elements of the human condition lead to a rising rate of depression?

Life in the city: depressing or liberating?

Late in the last decade humanity crossed the threshold of being predominantly an urban species; this fundamental shift has been relatively quick. According to the WHO. in 1960 only 34 percent of the world’s people lived in cities. By 2014 that percentage swelled to 54 percent.

Writing in the New York Times, T.M. Luhrmann, a professor of anthropology at Stanford, correlates the rise in urbanization with rising rates depression. Cities represent progress and possibility, but also detachment and isolation. Luhrmann argues that the rise in rates of depression stems from this rapid urbanization:

“Cities are places of possibility,” writes Luhrmann. “They are, as E. B. White said of New York, ‘the visible symbol of aspiration and faith, the white plume saying that the way is up.’ But cities also break traditions and fracture families, and they breed psychiatric illness.”

Cities, in other words, are centers of opportunity, hope, innovation and culture. They are the shining example of human achievement. But not everywhere or for everyone. The disparate and solitary origins of depression have one common element: isolation. The implication is that an underlying risk factor for depression is often a byproduct of urban life. We find ourselves alone in the crowds, disconnected from tradition, from familial bonds and from the natural world.

There are undoubtedly health benefits of urban living as compared with a rural lifestyle, including access to medical care, reduced risk of obesity and, paradoxically, even lower rates of suicide. But studies show the prevalence of mood and anxiety disorders are 21 percent and 39 percent higher, respectively, for people in cities. Global rates of depression are highest in the growing urban centers of the developing world.

Are we becoming more prone to mental disorders as humanity becomes more urbanized and densely populated? What are the implications as we live our lives increasingly in an isolated, virtual world? And what other options are available to address this sense of separation that characterizes depression, beyond psychological therapy and antidepressant medication?

Thousands of tired, nerve-shaken, over civilized people are beginning to find out that going to the mountains is going home; that wildness is a necessity; that mountain parks and reservations are useful not only as fountains of timber and irrigating rivers, but as fountains of life.” –John Muir

Eric Fromm is credited with coining the term “biophelia” to describe the psychological attraction to all that is alive. Hence the phrase bio (life) phelia (love).

Expanding on the idea, Edward O. Wilson introduced the Biophilia Hypothesis in his 1984 book Biophelia.  Wilson suggests there is an instinctive bond between humans and other living systems, defining biophelia, in part, as “the urge to affiliate with other forms of life.”

Theodore Roszak further developed this notion of the inherent connection with nature, mental health and a sense of well-being into the practice of ecotherapy or nature therapy.

In a 2007 study at the University of Essex, researchers found that 90 percent of a group of people suffering from depression reported higher levels of self-esteem after a walk through a country park. Three-quarters said they felt less depressed. The physical benefits of taking a walk anywhere is obvious, so a control group that took a walk in a shopping mall was also surveyed. Only 45 percent of that group showed reduced depression scores and 22 percent where actually more depressed.

The same research team did another survey of patients with mental illness, 94 percent of whom said their mood improved after contact with nature.

A 2010 Japanese study of shinrin-yoku (“forest bathing”) found that immersion in a forest environment, the odor of wood, the scenery and sound of running stream water, reduces stress and promotes relaxation. Participants in the study experienced “lower levels of cortisol, a lower pulse rate, and lower blood pressure.”

These and many other research results confirm what we already instinctively know. In Psychology Today Steve Taylor writes:

It’s not surprising that nature has a therapeutic effect when you consider that the human race – and all our evolutionary forebears – have been closely bonded with it for all our existence. It’s only in recent times that many of us have been confined to man-made environments. For us, contact with green spaces is therefore like going back home, and fills us with the same sense of safety and belonging. We crave nature in the same way that a child needs a mother, and derive the same feeling of comfort from it.”

The human benefits of connection with nature are self-evident. Conversely, rapid urbanization makes clear the damage caused by its scarcity. Author Richard Louv argues this “disconnection from nature” threatens our mental health and leads to what Louv describes as Nature Deficit Disorder. In his book The Nature Principle: Reconnecting with Life in a Virtual Age, he writes:

To find hope meaning, and relief from emotional pain, our species embraces meditation, medication, merlot and more. These methods work for a time, some longer than others, some quite well, some to our detriment. But the power of nature is there, always.”

My own experience with depression happened last year. An introverted, city-dwelling writer and sound engineer, working mostly alone, perhaps I was always a high-risk candidate. While affable and well-liked, I am happiest as I go about my solitary pursuits. Last spring my even keel was disrupted and I understood firsthand the black pit of depression.

But with it I also stumbled on what was, for me, a way back out:

One sunny March afternoon the noise of an industrial floor sander above my flat forced me out of the house for an entire afternoon. Fortunate enough to live in San Francisco, I walked down to Aquatic Park, along the Bay shoreline and perched myself on a seawall, literally sitting at the dock of bay, watching the tide roll away.

As I sat in the warm sun my anxiety slowly rolled away with the tide. The chatter in my head quieted. I watched the boats, the brave swimmers, Alcatraz shimmering across the water in the afternoon light. I felt better.

Daily contact with nature is a habit. It might be up to a nearby city park or down to the Bay, but seldom is the day I don’t make a point of meditating on some bit of nature, its sights, sounds, smells and inter-connectedness.

Do I think “self-medicating” with an afternoon walk in the park “cured” my depression? No, not entirely.  My journey this past year involved monthly counseling sessions, cognitive behavioral therapy (CBT), and Prozac. All of it has helped: the guidance of an empathetic counselor, the insight and social interaction from CBT and the steadying of my brain chemistry from medication.

But on that March afternoon nearly a year ago I discovered the one remedy that, to this day, quickly eases my distress and anxiety. It is always accessible, even in the heart of the City, and doesn’t require a prescription.

I now know the difference between depression and the Blues. Depression is no walk in the park.

“From infancy we concentrate happily on ourselves and other organisms. We learn to distinguish life from the inanimate and move towards it like moths to a porch light. To explore and affiliate with life is a deep and complicated process in mental development. To an extent still undervalued in philosophy and religion, our existence depends on this propensity, our spirit is woven from it, hope rises on its current.” – E.O. Wilson

Tom is founder, editor and publisher of GlobalWarmingisReal. He has studied climate and environmental issues for more than twenty years and in 2012 trained as a Climate Leader as part of the the Climate Reality Project’s Leadership Corps. Tom is a contributing writer for several popular environmental blogs, including TriplePundit, Revmodo, Cleantechnica, Planetsave and others.