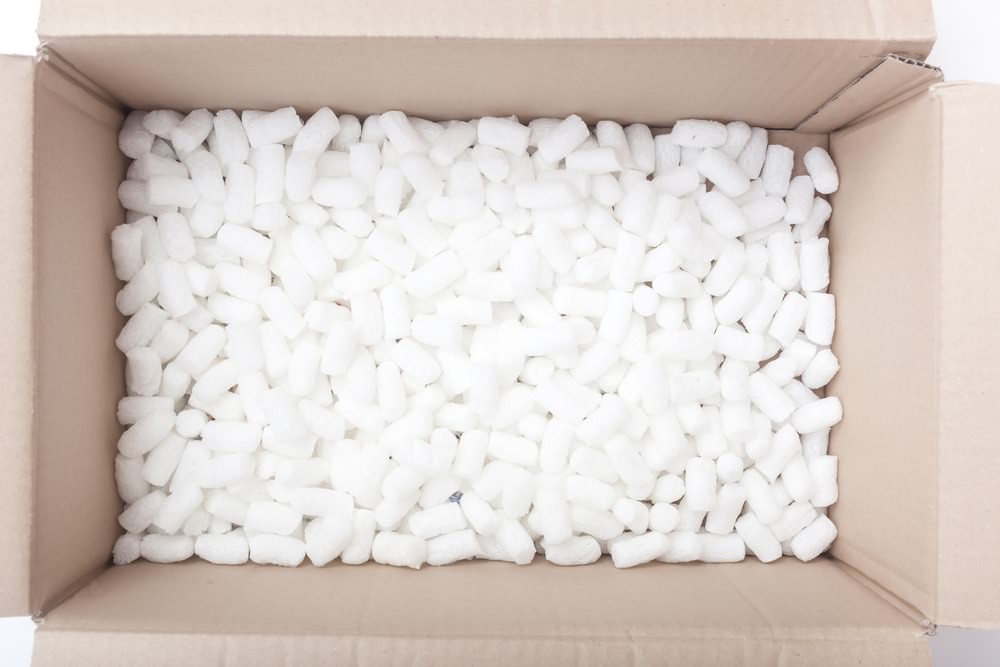 You know, for all of my environmental awareness, I was always under the mistaken impression that the reason no one recycled Styrofoam was that it just couldn’t be recycled.

I (somewhat naively, I now realize) assumed that we just lacked the technology or ability to do so, so I avoided using it altogether. I brought my own containers when picking up takeout food, brought my own jars when going to smoothie places, and shopped secondhand to sidestep all the Styrofoam packaging associated with buying new products.

Last week, however, I chatted with Robert Herritt, president of Styro-Go, and I realized just how wrong I was. Styrofoam is recyclable, but there’s a reason that the process is not more commonplace.

“You just can’t make money out of it,” Herritt says, bluntly. “That’s why nobody does it.”

Styro-Go is expanding nationally in 2019, according to its website.

Typically, those undertaking Styrofoam recycling have done so by operating at a loss — spending around $1,000 to recoup $200 worth of Styrofoam. This strategy may work in the short term for not-for-profit organizations like municipal recycling facilities, but getting businesses on board has always been a hard sell.

When the bottom line is the biggest concern, asking businesses to pay to recycle has rarely offered promising results.

For Herritt, a former airline pilot, the inspiration to radically redefine the Styrofoam recycling business came when he transitioned into a new job as a consultant. “One of my areas of consulting was project management with new-home construction,” he says. “[The trades] would come in and do stuff — installing appliances, roofing, etcetera — and there would be literally mounds of Styrofoam going in the garbage bins. I just remember watching this and thinking, ‘There’s got to be a better way.’ ”

Turns out he was right.

Herritt began to try to redesign the recycling process, filing a handful of patents to protect his inventions and then beginning to court the big Styrofoam producers to get them to buy in.

“We had to think out of the box, and it could only work at scale,” Herritt says. “The volume was out there; the trick was how to make companies buy in. We had to make recycling Styrofoam the same price as putting it in the garbage, if not cheaper — then they wouldn’t have any excuse not to do it.”

Getting big companies to participate has been key to Styro-Go’s success, not only for their own business model but also for the impact they make environmentally.

One big-box appliance store chain they approached conducted an audit of their waste stream and discovered that in each and every store, Styrofoam made up between 60 to 80 percent of their total waste output. That’s the equivalent of a 53-foot transport truck filled with Styrofoam from each store heading to the landfill each week.

With Styro-Go, however, the process is not only comparable to sending that material to the landfill, it’s also far more convenient. They have a truck with a built-in Styrofoam compactor housed inside of it, and that one truck can process and transport the equivalent of eight 53-foot tractor-trailers.

The truck picks up the Styrofoam from participating facilities and processes it right on-site. The processed Styrofoam is then repurposed into dozens of other applications.

”It’s not a closed-loop system,” explains Herritt, saying that although there has been some interest, Styrofoam is rarely remade back into Styrofoam. Instead, he says, it has some unique applications. “What they can do with it is stunning. They can make it look like marble, quartz, wood — but the main difference is weight,” he says. “Some of the biggest uptakers on this product are the airlines, because weight is so critical on a plane. If you can make something look like cherry maple or granite or gold-flecked marble, but it’s only 1/50th of the weight, that’s huge.”

So far, the idea has been catching on. Lowe’s was one of the first major retailers to get on board and sign a national agreement, and even they have been surprised with how successful the project has been.

“They thought they’d do five to six bags a month,” says Herritt with a laugh. “But the average store does 12 to 14 bags a week, with each bag being 2.5 cubic yards.”

Styro-Go has also made it easy for companies to see the impact of their decision, sending a monthly report detailing how much Styrofoam they recycled that month and using data published by the U.S. Environmental Protection Agency to calculate the corresponding reduction of carbon emissions and greenhouse gases as a result.

The Canadian company is based in Calgary, Alberta, but is looking to expand into British Columbia and Saskatchewan, as well as the eastern provinces. Styro-Go and others like them are vital to addressing this often-ignored recycling issue, because although Styrofoam seems to occupy a relatively small proportion of landfills, with Styrofoam manufacturers often claiming it makes up only 1 percent of the total waste, that figure can be misleading. Herritt explains that those figures often refer to statistics measuring weight, not volume, and with one of Styrofoam’s main attributes being how lightweight it is, these figures drastically underestimate its environmental effect.

The innovation and forward-thinking energy of Herritt and Styro-Go have managed to underscore the fact that where there’s a will, there’s a way. And while I still won’t be going out of my way to use Styrofoam, at least I now know there’s a way to recycle it if I do.

Read More:
Recycling Mystery: Is Bubble Wrap Recyclable?
How Mealworms Could Eat Away Plastic Waste
How You Can Support Sustainable Product Design