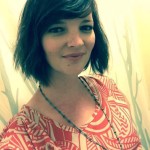 The Environmental Protection Agency estimates that as of 2013, Americans only recycled about 35 percent of the municipal solid waste generated. Some forward-thinking U.S. cities, with both pressure and encouragement from constituents, advocacy groups and businesses alike, are looking to take their municipal solid waste diversion efforts to the next level by adopting “zero waste” goals.

Zero waste – race to the bottom

The most obvious argument for cities to increase recycling and waste diversion efforts is the reduction of negative environmental impacts like climate change, air pollution and the wasting of precious resources. But the economic argument for going “zero waste” is one that isn’t being overlooked, as city governments, who may be struggling with restrictive budgets, are beginning to recognize the financial benefits.

For instance, the Institute for Local Self-Reliance (ILSR) estimates that increasing the national waste diversion rate to up to 75 percent would add 1.5 million jobs to the economy. ILSR also notes,

“the institutional framework and know-how exists to cost effectively reuse, recycle, or compost 90 percent of the estimated 480 million tons of municipal solid waste and construction and demolition debris generated in the U.S. annually.”

In other words, we have the tools to recapture the vast majority of stuff Americans are sending to our landfills – junk that actually has value and could be given a second life.

Going “zero waste” improves a city’s triple bottom line, with social, environmental and financial advantages, including green job creation, a bigger market for reusable materials that spurs local businesses, increased air and water quality, plus a host of other environmental improvements for residents.

Cities attempting to set a zero waste plan into motion have inevitably run into legislative roadblocks, business contract disputes or pushback from locals who don’t want to upset the status quo. But the pros appear to far outweigh any upfront cons, and each city has to determine how to go about achieving zero waste in a way that makes the most sense for that particular community and its residents.

As Jared Blumenfeld, former head of San Francisco’s department of the environment, told the Guardian, “People said we were crazy.” But the data told them otherwise. Now, San Francisco has already achieved 80 percent landfill diversion, bringing them positive attention on the national stage for their innovative and ambitious waste initiatives.

To be clear, the term “zero waste” isn’t as straightforward as it sounds.  Most cities that have set a zero waste goal have done so using the Zero Waste International Alliance as guidance, an organization which recognizes communities that “are working towards or have reduced their waste to landfill, incineration and the environment by 90% or more.”

Pioneering states that have multiple cities under their belt with zero waste plans, all seem to be clumped out west, particularly California, Colorado and Texas.

Encouragingly, several other cities and small towns have legislation or proposals in the works for designing plans that will increase municipal solid waste diversion. While all can’t be listed here, we’ve highlighted a few additional zero waste catalysts that have made significant commitments for other cities to aspire to.

Carrboro, North Carolina was an early adopter, passing a Zero Waste Resolution back in 1998. Some helpful steps were committing to single stream recycling, making it easier and simpler for residents to recycle and banning e-waste at landfills.

Kaua’i, Hawaii City Council voted in favor of the Zero Waste Resolution in 2011, which put the city on a track to try and reach 70 percent waste diversion by 2013. Kaua’i has received help from a local volunteer organization, Zero Waste Kauai, established in 2006 to help raise public awareness of the issue with local residents and policymakers.

Minneapolis, Minnesota City Council set goals in 2015 to divert 50 percent of its waste by 2020 and 80 percent by 2030, introducing a resolution to develop a zero waste plan that will be considered in Spring of next year.

New York City is determined to reduce 90 percent of city waste by 2030, from a 2005 baseline. This came about as part of Mayor de Blasio’s One New York sustainability plan. Not only has the city banned single use polystyrene foam, but it also plans to expand organic curbside pickup opportunities for all residents.

Seattle, Washington passed its Zero Waste Resolution passed in 2007 with the aspiration to reach 72 percent waste diversion by 2025. A major tactic was to place a citywide ban on food waste, requiring food composting for single-family homes.

Washington D.C. passed the Sustainable Solid Waste Management Amendment Act, calling for the city to create a zero waste plan to meet its stated goal of 80 percent waste diversion. City Council also banned the use of styrofoam by food service businesses, which goes into effect this month.

Zero waste takes the participation of multiple parties.  And while these cities haven’t quite reached zero waste status, they are leading the way.

Lesley Lammers is a freelance sustainability consultant and journalist, focused on the intersection between the environment, food, social impact, human rights, health and entrepreneurship.