5 Reasons Why You Should Let Your Employees Work From Home 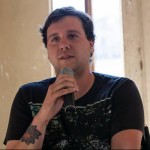 Employers are increasingly turning to offering employees the chance to work from home to gain a competitive edge and tap into employee satisfaction and retention. Why? Studies show that remote workers are actually more productive than their counterparts in the standard office. This is in part due to the fact that the flexibility of telecommuting allows workers to create their own ideal work environments.

Why work from home works

According to Statistic Brain, 50 percent of American workers have a one-way commute greater than 10 miles each day. That same report found that a whopping 75 percent of Americans commute alone in their cars. That’s a whole lot of driving, and as we know, cars sitting in traffic is neither efficient nor great for the environment.

Cisco WebEx reports that if those with remote work-compatible jobs worked from home just half the time, we could eliminate 119 billion miles of highway driving. That’s enough to wrap around the earth almost 5 million times.

It’s no secret that our astronomical use of fossil fuels is not doing the environment any favors. Luckily, allowing workers to telecommute can cut back on our use of fossil-based fuels.

Global Workplace Analytics reports that allowing remote work half the time would reduce Gulf Oil imports by nearly 50 percent, saving 281 million barrels of oil and $22 billion in the process.

The more companies continue to promote alternative work scenarios that cut down on the need for various fossil fuels, the better impact businesses will have on the world.

Computers, fluorescent lights, heating and cooling — companies often require a tremendous amount of power to operate on a day-to-day basis. While it is true that someone working from home will still use electricity, studies show that telecommuting technology can ultimately save up to 14 billion kilowatt-hours of energy each year. That’s enough to power 1 million American homes every year.

The cumulative added benefit of saving energy and cutting down on harmful forms of energy through remote work goes a long way toward reducing our overall carbon footprint.

A report from FlexJobs cites the examples of Dell, Aetna and Xerox (who all experimented with offering remote work), finding that by allowing employees to work from home, the three companies together saved 94,294 metric tons of greenhouse gases — in one year.

If a similar business model were applied across the United States, we could reduce greenhouse gas emissions by 54 million tons.

The office can be a pretty wasteful place. Whether it’s the non-renewable styrofoam cups by the water cooler or the sheer amount of paper printed, distributed and ultimately thrown away each week, your standard office space has a lot of materials that go to waste as soon as they’re finished being used one time. Is there an alternative? Let’s look.

Demanding better workplaces is not merely a selfish desire to have a more comfortable office space. This is especially true for millennials, the most plugged-in generation in history. It’s about promoting an ethos of comfort, productivity and engagement for the betterment of the world.

Real numbers back this up, too; the previously cited Global Workplace Analytics report found that nearly 25 percent of employees would be willing to take a pay cut of up to 10 percent to help the environment. Why not maximize your business’s productivity and environmental impact by allowing remote work? You’ll ultimately save your business money and contribute toward positive change. Your employees will love you for it.

What are some other great features about remote work? Let us know in the comments!

Drew Hendricks is a tech, social media, and environmental addict. He's written for many major publications, such as Forbes and Entrepreneur.