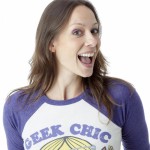 There’s a huge amount of interest in tiny homes these days. But there’s also a lot of skepticism. Could I REALLY live in such a small house? What about all my possessions? What about space? What about getting in each others’ way??  Come explore with us in this episode of Earth911TV!

It’s not a living situation that will work for everyone, but it IS exciting because it’s showcasing the mentality of so many people thinking MORE about their waste and how to minimize consumption.

Tiny homes range from 80 square feet (the size of a bedroom) to 500 square feet, with the average at 186. My first apartment was 700 square feet… the bedroom and the living room in one. A kitchen and bathroom. I can actually imagine living in one of these. If you’ve ever been to a hotel in a city like New York, you often find you have pretty much everything you need in a small space! So if we look at it that way, it’s not completely out of the realm of possibility, right?

Most of us would have to get rid of a LOT of stuff! But if you really think about what you use on a daily basis, most of that stuff in our houses aren’t actually needed. They’re just… extra.

And, as Madeleine Somerville pointed out in a recent article, it’s really about connection. With this super fast paced world we live in where we’re “connected” to so many people around the WORLD, the choice to live in a tiny house is partly about choosing to be closer to the people who are physically around you.

40% of people say they’re lonely in the US, according to two separate studies. 40%. Yet we have Twitter and Facebook and the ability to reach out to the world on a daily basis. But as our worldly reach has expanded, our loneliness has risen.

While you can get a tiny home on wheels so you can travel, think of it like an RV, you can also get a permanent tiny house you come home to every day.

In fact, a group of friends created Bestie Row. A row of tiny houses outside of Austin Texas where they share a 1500 square foot communal kitchen, dining room, playroom and plenty of space for houseguests.

Caravan, the Tiny House Hotel in Portland, Oregon. They’re giving people not only the opportunity to have a pleasant vacation in the middle of a bustling town full of good food and people! They’re also offering people the chance to try out the Tiny Home before jumping in with both feet.

A perfect solution to both minimizing resources, AND creating a closer knit community!

What do YOU think? Would you live in a tiny home? Would you come to a hotel like Caravan, and at least give it a try for a week?

For great ideas on recycling check out the following articles and guides:

Luria hosts both Earth911TV and GeeksLife. You can find her at the intersections of fun, green living, technology and the geeky lifestyle. She enjoys learning alongside you on how to make life better, easier, greener and more efficient!

How Many Times Can That Be Recycled?