Solar Installations Around the World: Where Will Solar Go Next? 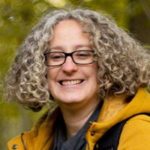 Electricity generated by the sun is more sustainable than fossil-fuel-generated power, such as that produced with coal or natural gas. Solar power is renewable and generates no emissions after the photovoltaic cells, panels, and related hardware have been manufactured and installed. As the number of solar energy installations around the world rises, solar is becoming more of a norm than an alternative. California requires the installation of solar panels on most new homes. And entire airports — even entire island nations — are powered solely by solar.

Solar power doesn’t need a lot of built infrastructure or technology: just the panels on supports, a meter, and a converter connected to the grid or the building. However, solar power does need a lot of space — and land is not always readily available. Thankfully, solar arrays can often be placed on land that’s already serving another purpose. And solar installations are popping up in a growing variety of locations. Here’s a round-up of some common and not-so-common locations where solar arrays are appearing around the world.

One of the most popular locations to install a solar array is on a roof: commercial, industrial, or residential. Many corporations are reducing their carbon footprint by incorporating solar panels into their building renovations or new building standards. In the U.S., the list of solar-powered corporations includes retailers and IT companies, among others.

Solar panels can be installed on floating supports on bodies of water, usually lakes or ponds. Floatovoltaics are touted as beneficial to their associated water — providing shade that reduces water temperature, reducing evaporation, as well as reducing algae bloom growth (which is associated with high water temperatures). The water helps cool the panels, making them more efficient.

Floatovoltaics are great for farm ponds, wastewater bodies, or other places where they won’t affect aquatic life. We need more studies conducted to ensure that aquatic life is not harmed but so far, the solar installations seem to have little impact on aquatic life

Mixing agricultural land use with solar can be a big win-win. Both agriculture and solar need a lot of space to be most effective, so sharing space makes sense. In addition, the shared land use benefits the crops and the solar panels. The panels can be positioned to provide the crops with just the right amount of sunlight, while the plants help keep the panels cool. Although agrivoltaics works best for crops that thrive in partial shade, researchers continue to study which crops are most compatible with solar panels.

This shared land use also works well with livestock such as sheep and cows. The livestock “mows the grass” under the solar panels and also benefits from the shade that the panels provide.

There aren’t many ways we can reuse land that covers a landfill. For health and environmental reasons, the liner that seals off the contents of the landfill should not be disturbed. Therefore, the land is not usually developed with buildings or roads or even planted with trees. Landfills are often turned into parks or just sit as vacant land. But closed landfills also can make ideal locations for solar energy installations. Examples include a former landfill site in Germany that is sealed by a photovoltaic system and a large 4.5-megawatt solar project that’s slated for installation on a former superfund landfill site in New Jersey.

In 2015, the city of Krommenie in the Netherlands opened the “SolaRoad,” a bike path paved with solar panels. Cyclists ride their bikes directly over smooth solar panels that feed the grid. This path was only about 100 meters and worked as a demonstration project, but based on the trail’s performance, more solar paths have been successfully built in the Netherlands and France.

While some tests have been performed on solar roadways with motorized vehicles, many are skeptical about the future of this technology for vehicular traffic.

So Much More Solar

There’s nearly no end to where human creativity will place solar panels. There are solar boats, solar plains, solar trash cans, solar tents, solar trains, and even a panda-shaped solar installation. Of course, the International Space Station and other space exploration vehicles also make use of solar technology. The world needs more renewable energy with low emissions and electricity produced by the sun is one way to fill this need. We will only see the use of solar cells increase as well as the creative ways that we use them.

Maureen Wise is a freelance writer for a number of green-leaning companies and organizations. She also is a sustainability consultant and previously worked in higher education sustainability and watershed restoration. Wise serves on the board of an arts and environment nonprofit, is a solar owner, and is a certified master recycler. Wise writes eco-mysteries under the pen name Iris March.