10 Items to Donate to Animal Shelters 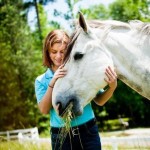 You probably know that animal shelters are a great place to rescue a cute and cuddly new pet for your family. What you may not know is that they can also be a good place to upcycle some of your gently used household items — instead of tossing them in the trash.

Animal shelters represent huge operations — with a lot of expenses — when taken as a whole. Nationwide, shelters care for approximately 6 to 8 million animals each year, according to the Humane Society of the United States. And despite sometimes quite large operations that benefit their local communities, most individual shelters receive limited, if any, government funding. Local animal shelters also typically do not receive funds from the national organizations such as the Humane Society of the United States and the ASPCA. While cash donations are always needed to keep shelters running, giving various used items can also help keep operations running. Here are several items that can be helpful to donate:

What to Donate to Animal Shelters

Newspapers. “Newspapers are huge for us!” says Kathy Apokov, director of marketing and development at PAWS Atlanta. “We shred it for bedding for the animals.” The soft newspaper won’t hurt animal paws, and there is always a big need for it since many people don’t receive hard-copy newspapers anymore.

Towels and blankets. Gently used linens such as towels, blankets and washcloths can help with dog grooming needs and other uses.

Scraps of fabric. To you, these may just be clutter left over from your craft projects, but shelters can sometimes use them to make a soft place for cats to rest. “We have volunteers who make kitty cozies out of felt scraps for our cats,” says Bretta Nelson, public relations manager for the Arizona Humane Society. “The cozies follow them from when they arrive with us all the way to their new home.” Another fabric that can be recycled? T-shirts, which can be turned into dog toys. “We’ve had Girl Scout troops get really creative by creating rope toys out of old T-shirts,” says Karla Slocumb, manager of marketing and special events for the Atlanta Humane Society.

Plastic bags. While not all shelters accept them, plastic bags can often be used to pick up dog waste in the facilities’ green spaces. Just be sure the bags don’t have any holes in them; those can be recycled instead.

Heating pads/electric blankets. As long as they are in working condition, heating pads and electric blankets can be put to use for sick or injured animals, or young puppies and kittens that need a little extra warmth.

Animal care supplies. Gently used items such as pet carriers, leashes, collars and bowls are needed by many shelters. Same goes for reptile/critter cages and water bottles, as many organizations take in small animals other than dogs and cats, such as lizards, hamsters and rabbits. If they can’t use these items in their day-to-day operations, shelters often send them out to their foster families that take care of the special-needs animals that come in and can’t be in the general shelter population. Another needed item that can be donated used? ThunderShirts. “We use them a lot for our behavior modification dogs,” says Nelson. These dog apparel items work to reduce fear-, anxiety- and separation-related behaviors, providing a calming effect for the animals wearing them.

Cars. Yes, cars! “One thing that people don’t think of is vehicle donations,” says Nelson. Arizona Humane Society’s  “Waggin’ Wheels” program accepts donated cars, trucks, camper trailers, tractors, motorcycles, ATVs, snowmobiles, RVs, boats and jet skis. Pickup is available — even if the item isn’t currently running. Other animal shelters sometimes go through an outside organization such as Charity Direct that handles the vehicle transfer, and then the shelter receives the proceeds. Check with your local shelter to see how they handle vehicle donations.

Pens. Nearly everyone has a stash of hotel or giveaway promotional pens sitting around the house — or at the office. These can be put to use at shelters, particularly for those filling out adoption paperwork. Pens like to run off with so many people handling them daily.

Empty toilet paper and paper towel rolls. These make great chew toys for puppies. “We can even take gift wrap rolls and cut them down into smaller toys,” says Slocumb.

Scrubs. Have used medical scrubs you no longer need? If they’re still in good shape, many shelters can use them for their veterinary and animal care staffs.

Don’t have many of the above and still want to help? Many animal shelters actually have thrift stores that accept donations of just about anything you can think of, from household appliances and tools to clothing and toys. While you may feel your small donation isn’t helping, the aggregate of contributions can be serious business for shelters — the Arizona Humane Society says it generated more than $225,000 in income via its four thrift stores in 2013.

What Not to Donate to Animal Shelters

Since each individual operation makes its own decisions on what they will accept, contact your local shelter before dropping off donations. Many also keep wish lists and donation FAQs on their websites year-round, with urgently needed items highlighted.

But even with good intentions, not all items can be donated. Often, opened bags or cans of food and treats cannot be accepted, nor can opened medication packages most times. And, again, if items have held or been near chemicals, they are probably not safe for animals. Although, there are some exceptions; the Atlanta Humane Society can accept opened bags of food for their foster homes, as well as opened pet shampoo and household cleaners such as bleach.

Also keep general cleanliness in mind for safety reasons as well. “Things that attract dirt or anything else we’d like to avoid,” says Akopov. “Make sure towels and linens are cleaned, and wash donation items several times.”

It’s also a good idea to use some common sense when choosing items for donation –—some shelters have had some head-scratch-worthy donations over the years. PAWS Atlanta at one point received a donation of underwear — which they of course put in the trash. Nelson says that they have seen donations of prosthetic limbs and wigs. “We’ve received extra floor tiles and carpet scraps before,” says Slocumb. “And a baby stroller. Still, people always have their hearts in the right place!”