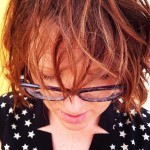 Patti Toews knows a thing or two about paint. For the past 10 years, she has served as program director for San Luis Obispo County Integrated Waste Management Authority, which is at the forefront of an innovative latex paint take-back program that exists only in her county.

“Latex paint is a very special waste,” she says. “It’s challenging.” On one hand, people can’t just throw it away or pour it down the drain, but on the other hand, it’s considered hazardous waste only in California. No other state mandates that latex, or water-based, paint be disposed of in any specific manner.

Since 2009, residents of San Luis Obispo County can take their leftover latex paint back to any retailer that sells it for free disposal. There are three situations where retailers must take back the paint: when the customer has a receipt, when there’s an even-swap (for example, someone brings 500 gallons to Home Depot, they must take it if that person is buying another 500 gallons from them), or when a customer brings up to 2 fluid gallons per week.

“You can imagine the frustration on the retailers’ end,” Toews says. “Especially if they have to take back paint that they didn’t even sell, but it mostly doesn’t happen that way.”

Why Latex Paint Is Hard to Recycle

Toews says that according to their research, latex paint has a remarkable, almost uncanny, way of returning to the very retail store from which it came. San Luis Obispo County has other take-back programs for everything from rechargeable batteries to books, but Toews says that no other material is returned in quite the same way as latex paint.

“The convenience factor is hugely beneficial,” she says. “People tend to consolidate their trips and gravitate toward where they first bought paint.” In short, there is customer loyalty in play, and retailers benefit from being responsive to people’s desire to recycle.

But San Luis Obispo is unique, and many people don’t know exactly what to do with their latex paint.

The messaging can be confusing; it’s not hazardous, but you can’t just throw it away. It must be dried out to throw it away, but completely dried out, However, don’t leave an open can around children or animals because that could be dangerous.

What Should I Do With Latex Paint?

David Ramirez, household hazardous waste (HHW) technician for Gilbert, Arizona, says the best thing to do with latex paint is bring it to an HHW facility or to a scheduled HHW collection event. “We want to get it in the doors so we can determine if it’s usable or not and take away all those other dangers,” he says.

The Gilbert facility recycles latex paint once it’s been determined that it can be reused. “We have three 55-gallon drums,” Ramirez says. “Two we use for all shades of brown and the last one is for anything that isn’t brown, which usually makes gray.”

If the paint is reusable, Ramirez’ team pours the paint through screens to catch impurities into the drums by color, and once the drum is full, the paint is pared down into 5-gallon buckets that residents, organizations, or the city can take for reuse. They even scrape extra paint out of the original paint cans so they can be recycled as scrap metal.

Ramirez says many HHW facilities don’t recycle paint in this way. Some of them simply landfill the paint, but he still suggests taking leftover water-based paint to them anyway. “Even if they don’t recycle, it will be properly packaged and disposed of,” he says.

Need help finding a place near you to take your paint? Visit the Earth911 Recycling Search.

Can You Throw Latex Paint in the Trash?

Latex paint can be thrown in the trash only if it is completely solid. You can do this by leaving the lid off the can for a few days, or use an absorbent material like cat litter to solidify the paint.

But, really, the best thing to do with any paint is to buy the right amount in the first place and just use it up.

“That way you don’t even have to worry about disposal,” Toews says. “There are always a million projects to do. Be creative and find different ways to use it.”

She suggests donating it to charity organizations, schools, or artists. If you want to keep leftover paint, “once a year, look for touch-ups around the house or other things you can paint,” Toews says. That way, you eventually use it all and only have to worry about recycling the container.

Editor’s note: Originally published on March 21, 2011, this article was updated in September 2018.