The GMO labeling debate continues to heat up around the country. Consumers want to know what they are eating.

With states proposing legislation to label food that contains GMO’s it can be hard to know what to do in the here and now. Have no fear.

When shopping in your grocery store be sure to read the ingredients of your food so you can avoid the items listed above. If you are in a hurry and cannot read the label look for the organic label or the Non-GMO Project certification either one will ensure that you are not consuming GMO’s. The Non-GMO Project even has an app that you can download for free that can help you while you shop. 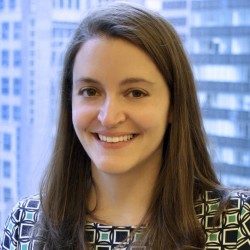 Leigh Garofalow
Leigh Garofalow is a self described 'born environmentalist' who won a recycling poster contest in 3rd grade and has been green ever since. She is a mother of two children under the age of 6 who think taking a cloth napkin and their own utensils to school is normal. She loves writing about anything related to health, wellness, and the environment. One day she hopes to make every up-cycled item and recipe she pinned on Pinterest!