Changing our diets can help not only our waistlines, but the environment as well.

Raising livestock for human consumption is incredibly resource intensive — whether it’s dairy cows for milk or chickens for chicken nuggets. In fact, the number of livestock processed for meat in just the United States alone is over 10 billion. Much of that population is being raised for the specific purpose of end consumption by humans. Stop for a moment and think about the water and food resources needed to raise a population of 10 billion. Now, compare what perceptions you may have had with these statistics.

Give Peas a Chance

Movements such as Meatless Monday have sprung up in effort to limit human consumption of meat and other animal products. This specific movement encourages individuals to abstain from meat at least once a week. Doing so lessens the burden on natural resources to support livestock populations.

The documentary Forks Over Knives, chock full of great facts and studies, is a great resource on the subject. The website also includes a variety of plant-based recipes and tools to help you reduce your meat consumption.

This is the fourth in a series of five articles ...Gemma AlexanderMay 28, 2020

Here’s your chance to display your recycling knowledge about common ...Earth911May 28, 2020

Has Your Community Stopped Recycling? 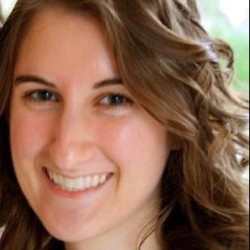 Tori Wilson
Victoria (Tori) Wilson currently works at her home state's EPA.She graduated from the University of Dayton with a degree in Chemical Engineering and a minor in Environmental Engineering. Tori’s favorite activities include volleyball, 3D puzzles, reading, journaling, trying out new plant based whole food dish ideas, coloring, watching comedy or action movies, and hiking. She just welcomed a new puppy into her life as well!