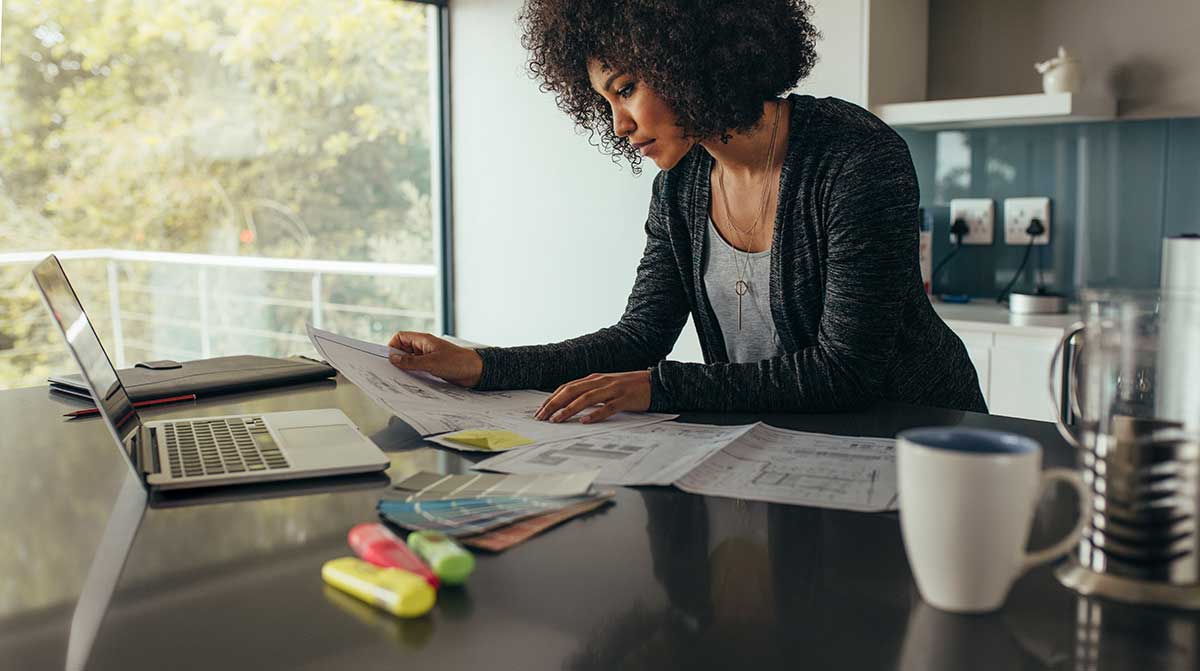 We keep an eye on the news for useful information about science, business, sustainability, and recycling to save you time. This week, the Earth911 Reader summarizes the effect of rising CO2 levels on growing seasons, promised recyclable toothpaste tubes, the risks of the transition to renewable energy, and much more news.

A study of trees placed in chambers with high CO2 levels and different amounts of shade found that global warming will shorten growing seasons. The finding contradicts established thinking that growing seasons would get longer as the planet warms. Instead, the trees invest in more growth earlier in the summer, then drop their leaves earlier than they do currently. If CO2 continues to increase, farmers will face up to six fewer days of field time. The Swiss researchers at ETH Zurich also found that leaves subjected to higher CO2 process less of the greenhouse gas, New Scientist reports.

Toothpaste tubes are ubiquitous, and the composite materials used to make them are difficult to recycle. Procter & Gamble Oral Care, maker of Crest, Oral-B, and other toothpaste brands, announced it would switch this coming January to high-density polyethylene (HDPE) plastic tubes that are recyclable using existing technology. The Crest brand accounts for at least 192 million tubes sold a year, according to Statista. P&G will make all its toothpaste product packaging recyclable by 2025 and use 100% recycled material in new packaging by 2030. In related news, P&G’s main competitor, Colgate-Palmolive, announced it would work to reach 100% renewable energy usage in its operations by 2030, zero emissions by 2040, and reduce the amount of virgin plastic used in packaging by one-third before 2025.

A consortium of environmental groups is suing Royal Dutch Shell to force the company to reduce its carbon dioxide emissions by 45% before 2030, NPR reports. The company has declared it will be carbon neutral by 2050. The suit represents a second step by the public and environmental organizations toward enforcement of carbon reduction goals. Shell lost another case before the Dutch Supreme Court in 2019 when the court called for a 25% reduction by this year — a deadline already passed. “This is a historic moment because we are backed by so many people. This is actually ‘the People versus Shell,’ a company that has got away with greenwashing for too long,” said plaintiff Donald Pols of Friends of the Earth Netherlands. In related news, the last major U.S. bank to resist disinvestment in fossil fuel extraction, Bank of America, announced it would no longer fund Arctic oil development.

Fifteen million metric tons of CO2 are produced annually to provide free return shipping to eCommerce sites, according to Meagan Knowlton of returns processing company Optoro. The returned items also contribute approximately 5 billion pounds to landfills annually. Return programs can be reconfigured to use local drop-offs to reduce emissions and connect unwanted products with local donation programs, Knowlton told EcoWatch. Convenience is essential to customers, but we’ve become accustomed to sending products back like we used to try clothes at a store before buying. Consumers need to recognize that each step in their interaction with a product carries an environmental cost.d

Ensuring that renewable energy transitions are equitable is a theme in this week’s Reader, one that can take many financial forms. Microsoft announced that it had purchased the first Peace Renewable Energy Credit (P-REC). This system supports green energy infrastructure in low-income countries. The P-REC used by Microsoft provides funding for a solar project bringing streetlights to Goma, a city in the Democratic Republic of the Congo. The program works like a domestic renewable energy certificate, allowing Microsoft to retire the green energy cost to offset its corporate electricity carbon footprint. But in this case, it provides tangible assistance to renewable energy programs in emerging economies where fossil fuels still account for most electricity generation.

The popular herbicide glyphosate, the main ingredient in Roundup, causes physical harm to most of the species that encounter it, the U.S. Environmental Protection Agency will report in an upcoming study. Modern Farmer reports that although the EPA has said glyphosate is harmless when used correctly, the draft study says the chemical is “likely to adversely affect” 93% of the animal and plant species it studied. The agency also found that harmful outcomes in 96% of the glyphosate-contaminated habitats it examined. If you use Roundup or other glyphosate-based herbicides, it’s time to stop. If your neighbors use the chemical, its’ time for a conversation about healthier alternatives. The EPA reports that long-term exposure to glyphosate leads to reduced body weights and diminished organ size in mammals.

U.N. Secretary-General Antonio Guterres told a Columbia University audience that “The state of the planet is broken. Humanity is waging war on nature.” He called for immediate action to achieve the Paris Accord CO2 goals. A recent study by Climate Action Tracker would limit warming to between 2.1°C and 2.6°C. Failure to do so, Guterres said, is “suicidal.” The World Meteorological Organization reports that by the end of this year, the planet will be 1.2°C warmer than in the late 1800s. Watch the speech.

Climate Central reports that affordable housing in coastal regions will face 300% more flooding risk in 30 years. Some communities, such as Hoquiam, Wash., Cresfield, Md., and Foster City, Calif., could lose between 70% and 100% losses of homes that could be purchased by low-income people. With affordable housing already running short of demand, the loss of coastal homes will lead to higher home prices inland, exacerbating existing problems. Explore Climate Central’s coastal flooding maps to understand your local risk, then imagine the impact on the humans who live on that map.

As the pandemic ravages global travel, the loss of income from ecotourists have cut funding for programs that support endangered species, New Scientist reports. Ecotourism raises a challenge for environmentalists, who recognize that air travel, and travel more generally, are significant sources of planet-warming greenhouse gases. Should travel be encouraged to provide renewed revenue to conservation efforts, or should eco-travelers stay home to reduce their carbon footprint? The Adventure Travel Conservation Fund argues that well-managed tourism can make life better for wildlife, indigenous peoples, and regional economies. The fund provides grants to help for-profit and non-profit organizations, including conservation groups, tour operators, hospitality and local community groups. As the world returns to the next normal, ecotourism needs a reinvention.

Several scientific and green energy groups, including the International Renewable Energy Agency (IRENA), issued warnings this week that the social consequences of a rapid transition to solar, wind, and other renewable energy sources could disrupt the economic progress of low-income nations. The Institute of Environmental Science and Technology of the Universitat Autònoma de Barcelona called out negative impacts on indigenous communities and potential unintended environmental consequences of the transition. For example, the Spanish team found after analyzing hundreds of green energy projects, 85% of hydroelectric programs carry high or medium negative social consequences, with indigenous peoples at the highest risk. Solar, wind, and geothermal projects, on the other hand, could reduce conflict and repressive policies. In a new report, IRENA suggests the green transition can create millions of good jobs but will also disrupt traditional and low-income cooking, home heating, and lifeways. We need thoughtful policy and smart investments to achieve an equitable transition.

As the U.S. returns to climate action led by President-elect Joe Biden, leaders must recognize that “the ability to figure out a ‘just transition’ is crucial to making progress at the speed we need to go,” activist and author Bill McKibben wrote on Grist. “It’s entirely possible that a guy from Scranton, with deep ties to Rust Belt unionism, is better positioned to do precisely this than most people in the environmental movement.”

According to the National Association for PET Container Resources, we’re spending more time at home but recycling fewer PET (Plastic #1) beverage bottles. PET recycling decreased by 1% to 27.9% compared to a year earlier. Across North America, including Canada and Mexico, the PET recovery rate was 35% — the U.S. is the continental laggard. Resource Recycling also reports that U.S. paper exports have declined by 18.7% since the beginning of the year. China remains the largest importer of U.S. recyclable paper. Plastic exports fell by approximately 9%, and China, the former leading importer of plastic, fell to seventh place. Meanwhile, Canada and the U.S. have concluded a new recyclables agreement that will keep plastic flowing across the border. Is that good for the environment? No, but at least the materials are not being relegated to a landfill. If we are going to use plastic, it must be recyclable and recycled to minimize environmental impacts.

After China stopped accepting U.S. contaminated paper, plastic, and other recyclables in 2018, the U.S. recycling industry struggled to adapt. Last week, the Chinese government announced a near-total ban on “solid waste” imports on January 1, 2021. Scrap paper experts to China from the U.S., which totaled 1.86 million tons in the third quarter of 2020, will have to find another destination for the material. The opportunity, we think, is to begin to process more material at home. Why? The question revolves around profits. China has also announced it will continue to accept high-grade ferrous metals, which are highly profitable to recycle. Paper? Not so much. But processing paper domestically would eliminate shipping costs and environmental impacts, making U.S. based recycling potentially a more sustainable industry than foreign recycling. Domestic recycling would also provide feedstock for new paper, toilet paper, and other uses. The new domestic supply could spur startups that reuse paper fiber nearer the markets that consume the most paper per capita on the planet.

A bill that would provide $55 million in grants to improve recycling programs awaits President Trump’s signature. It’s not a lot of money, but a start, if Trump does not exercise a pocket veto. The Senate approved the Save Our Seas 2.0 Act on December 1. Funding will target improved packaging, reuse, recyclability, and enhanced collection of materials, particularly plastic. The bill comes at a critical moment with China’s widening ban on recyclables imports due to take effect in 2021. The bill’s name refers to a previous law passed in 2018. It revises the Marine Debris Program, which supports the reduction and recovery of ocean plastics.